Until now, 5G has been reserved for only the most expensive phones on the market. Recent flagships such as the Galaxy Note 10 don't even have it, there has to be a special version with a 5G radio that costs even more. With the announcement of the new Galaxy A90 5G, Samsung is betting that consumers are ready for mid-band 5G in a cheaper handset. 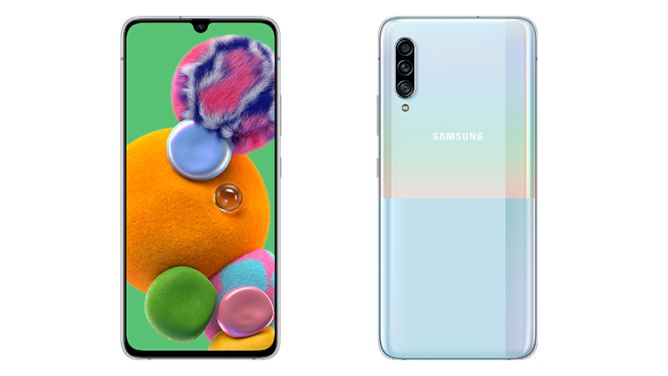 It's tempting to describe it as a mid-range phone simply because it's an A-series device, but the spec sheet reads anything but. It's powered by a Snapdragon 855 chip, the base model comes with 6GB of RAM and 128GB of storage, and the main rear camera has a 48MP sensor. Unlike Samsung's true flagships, it's got a flat AMOLED display — which is preferable to me — that measures 6.7-inches diagonally and is FHD+ in resolution (1080x2400). Check out the full spec sheet below: 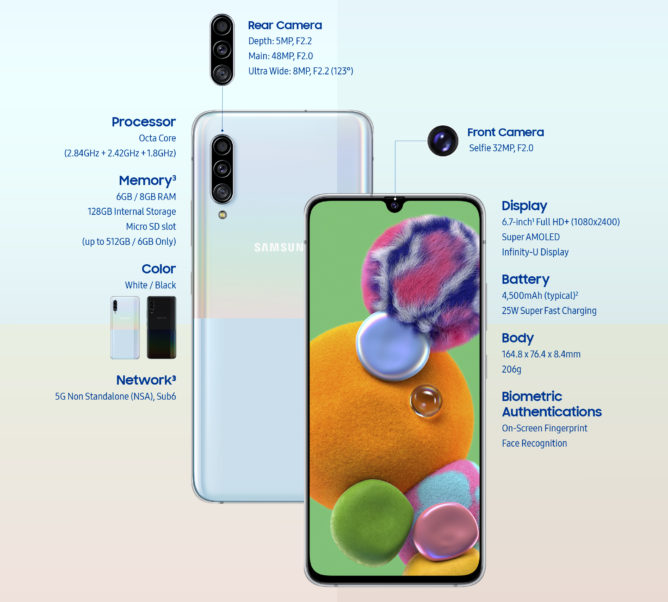 Unlike the S10 and Note10, the A90 5G lacks a telephoto lens on the back, but it still has an 8MP ultra-wide camera and a 5MP depth sensor for those portrait shots. Another feature conspicuous by its absence is the headphone jack, but neither did the recent A90 or A80 so that's to be expected at this point. Battery life is likely to be stellar thanks to a 4,500mAh cell. 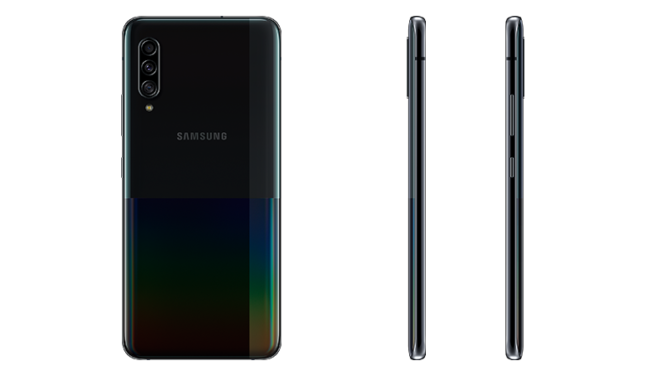 The phone will go on sale first in South Korea on September 4 and is expected to retail for around KRW 900,000 (~$740) according to Yonhap, which positions it as one of the cheapest 5G phones on the market. It'll come in black and white, with an interesting two-tone finish on the rear.