The latest Star Wars movie should arrive in theaters at the tail end of 2019, and so it makes sense that Warner Bros, LEGO, and Lucasfilm would want to capitalize on the film with a new mobile strategy game slated to arrive on the Play Store sometime in 2020. This title is called LEGO Star Wars Battles, and it's specifically designed for mobile devices to blend LEGO Star Wars characters, vehicles, and locations with real-time 1v1 multiplayer battles. 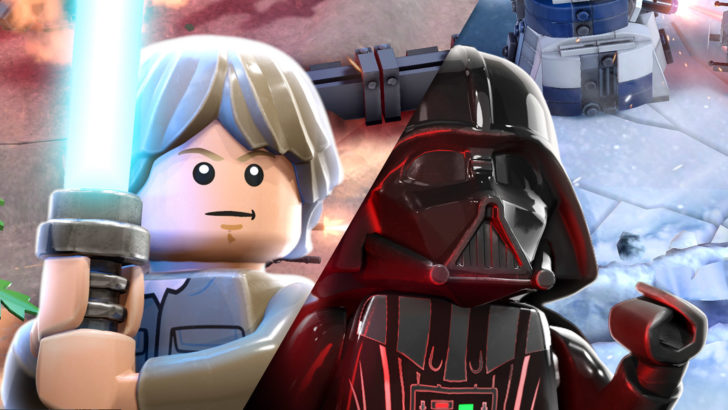 Since LEGO Star Wars Battles was announced this morning, details are still light. What we do know is that TT Games Brighton is developing the game (a studio that has some history with LEGO titles) and that Warner Bros. will publish. Players will be able to mix and match Star Wars galaxy characters and vehicles from all eras of the property's universe. The game will be touch-controlled, and from the sound of it, it will contain a tower defense mechanic where players build towers to defend and capture territory as well as a way to collect troops. We also know that LEGO Star Wars Battles will land as a free-to-play game that includes in-app purchases, so if you were hoping for a premium release, this ain't it. 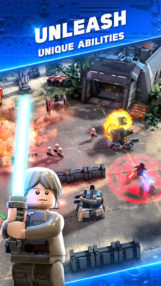 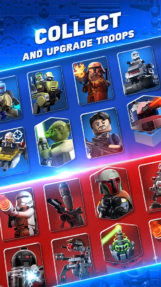 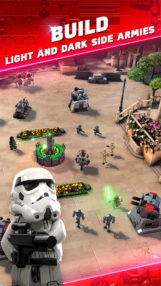 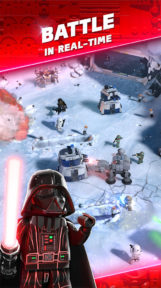 It would appear that LEGO no longer has any qualm licensing out its property to those looking to cash in on the brand. For years LEGO only ever released mobile games with zero monetization as a moral way to advertise their physical products, but in the last year more and more FTP LEGO titles have been making an appearance. I can't say I'm a fan of this trend, especially since FTP games often target children with gambling mechanics. While I don't know for sure how LEGO Star Wars Battles will be monetized, the fact that it will arrive as an FTP release that includes IAPs does not give me a lot of hope for this upcoming release or LEGO's future mobile endeavors. It would seem there's an all-out rush to produce as many scummy free-to-play mobile games as possible before the inevitable regulations start to pass. I'm simply sickened by the fact that LEGO feels this is the proper wagon to hitch its star to. Consider me unimpressed.

Developed by TT Games Brighton and published by Warner Bros. Interactive Entertainment and Playdemic, LEGO Star Wars Battles allows players to mix and match characters and vehicles from all eras of the Star Wars galaxy, building a deck of light side or dark side forces to battle in fast-paced, competitive matches. With intuitive touch controls, players will deploy troops and build LEGO towers on the battlefield to defend and capture territory as they attempt to destroy their opponents’ base.

“For over 15 years, LEGO Star Wars video games have been offering a unique take on Star Wars, engaging and delighting fans around the world,” said Douglas Reilly, Vice President, Lucasfilm Games. “We are thrilled to bring new LEGO Star Wars experiences to mobile audiences with LEGO Star Wars Battles, which introduces new ways to play in a galaxy far, far away that is still uniquely LEGO.”

Featuring content from all nine saga films, Star Wars™: The Clone Wars™, and Rogue One: A Star Wars™ Story, players can collect iconic heroes and villains such as Luke Skywalker, Rey, Obi-Wan Kenobi, Boba Fett, and Darth Vader, along with characters such as Porgs, Stormtroopers, Battle Droids, and a variety of vehicles from AT-ATs to TIE bombers, and even the Millennium Falcon. As players progress and level up, they will unlock different arenas based on familiar Star Wars locales, including Scarif, Naboo, Hoth, Endor, Geonosis, and more.

LEGO Star Wars Battles is coming in 2020 to the App Store and Google Play and will be available to download for free with in-app purchases.

About TT Games
TT Games, an affiliate of Warner Bros. Entertainment, Inc., is the developer behind numerous hit LEGO videogame franchises such as LEGO® Batman™, LEGO® Star Wars™, LEGO® Harry Potter™, LEGO® Marvel Super Heroes and LEGO® Indiana Jones™, as well as popular titles LEGO® Marvel’s Avengers, LEGO® Jurassic World™, LEGO® Worlds and many others, which combined have sold over 200 million units worldwide to date. With U.K. offices in Knutsford, Wilmslow, Brighton and Maidenhead, TT Games has a distinctive focus on console, handheld, mobile and PC games of the highest quality, aimed at young gamers and their families. Additional information about TT Games can be found at www.ttgames.com.

About Playdemic
Founded in 2010, Playdemic, a Warner Bros. Interactive Entertainment studio, is one of Europe’s leading mobile games studios with a portfolio of successful mobile titles. Playdemic’s Golf Clash has achieved huge acclaim from players and has become a top grossing title in the U.S. and internationally. Additional information about Playdemic can be found at https://www.playdemic.com/.

About The LEGO Group
The LEGO Group is a privately held, family-owned company with headquarters in Billund, Denmark, and main offices in Enfield, USA, London, UK., Shanghai, China, and Singapore. Founded in 1932 by Ole Kirk Kristiansen, and based on the iconic LEGO® brick, it is one of the world's leading manufacturers of play materials. Guided by the company spirit: "Only the best is good enough”, the company is committed to the development of children and aims to inspire and develop the builders of tomorrow through creative play and learning. LEGO products are sold worldwide and can be virtually explored at www.LEGO.com

Android 10 is rolling out to Pixels starting today