FCC IDs for several new Google-made devices just landed, and although the product's identifying model numbers fit more closely with the Pixel 3a and 3a XL, both the timing and some key differences in the application make it clear we're looking at something new: specifically, these are probably the Pixel 4 and 4 XL.

Given the product identifiers, we would have assumed these new devices were just additional capacities or a tweaked version of the Pixel 3a series requiring new regulatory approval, except for one major detail: this new phone is approved to transmit in the 58-63.5GHz spectrum, which we know overlaps with the range used by Project Soli — a feature that powers the Pixel 4's upcoming gesture and face recognition tech. The Pixel 3a and 3a XL did not have or need support for those high frequencies. 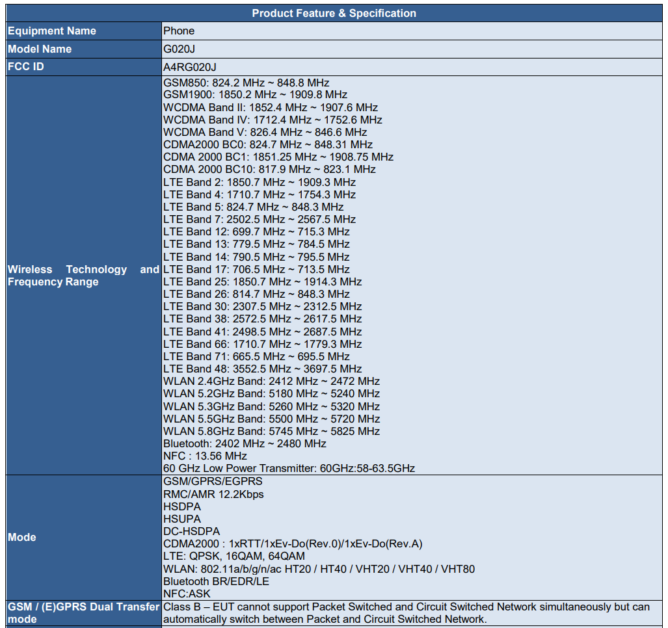 Excerpt of the SAR test report with supported frequencies for the G020J.

Given the lack of details and the product names, we aren't 100% sure that we're looking at a new device. Although some of the details corroborate that this is the Pixel 4, like the additional frequency support falling in the range of Soli's known use, it's still technically possible this could be something else. But, given the information provided and the timing, which agrees with last year's FCC leaks for the Pixel 3, we're pretty sure these details correspond to the Pixel 4.

Two more variants just landed at the FCC, going by the identifier G020MN and G020PQ. Supported frequencies appear to be slightly different (one supports Band 41 while at least one of the others doesn't), so this could be a carrier variant. As a point of comparison, the Pixel 3a has several different regional and carrier variants, so this wouldn't be unusual.

Viral deepfake app ZAO adds your face to famous movie scenes – if you're not concerned with ...