Most of the focus when it comes to smartphone news is on expensive, flagship phones — the latest features and designs are just more interesting subjects. But mid-range phones show how those features percolate down with time, like the recently announced Blu G9 Pro. Specs include an 8-core MediaTek SoC, 4,000mAh wireless and quick charging battery, 128GB of expandable storage, 4GB of RAM, three rear-facing cameras, and a teardrop-notched full HD screen. Set to be $250 later, the company has dropped the price by $50 to celebrate the launch.

On paper, the G9 Pro's individual features are impressive given the $200 (at launch) price. While a MediaTek Helio P60 SoC is a clear compromise compared to other mid-range phones that use higher-end chipsets, the gobs of storage space, big fast-charging battery, and display can make up for it — assuming you don't need the extra oomph. Not that it should be too underpowered, Blu claims that it beats the Moto G7 by a sizable 28% margin in Antutu's benchmarks.

The overall design is reminiscent of a 2018-era flagship, with a teardrop-style notch, and a funky-styled glass back, though you do get a headphone jack and a rear fingerprint reader for your troubles. While it has three cameras around back, you don't get the usual flagship configuration for them. One is just there for parallax depth-sensing/portrait effects, and another is only used in low-light circumstances. There's no telephoto or wide-angle.

In a surprising twist for a mid-range device, it supports wireless charging at speeds up to 10W, with wired fast charging at 18W (though we don't know what spec it's using). Paired with a capacious 4,000mAh battery, the G9 Pro sounds like it should last quite a while. Software-wise, it's running Android 9 Pie, with an update to Q promised at some point down the line, together with two years of security patches.

Taken all together, a bit more than we expected given the price tag, though you should note the absence of both NFC and any IP rating. 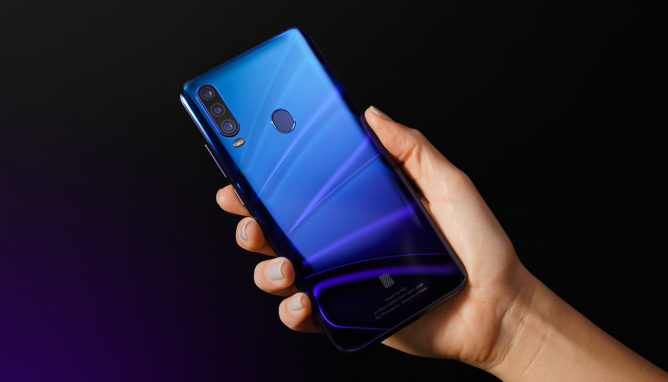 The phone is dual-SIM and being sold unlocked, compatible with GSM networks including AT&T and T-Mobile here in the 'states, with reasonable frequency support (but no Band 71 on T-Mobile). The price is set to rise to $250, but Blu has discounted the phone by $50 to celebrate its launch. And, as usual, it's being sold over at Amazon.