It's been a long road, getting from there to here. After six public betas and months of back-and-forth development, Android 10 (no dessert name!) is expected to be released any day now. According to a support page from Rogers, a Canadian cell carrier, the big day could be September 3rd.

A Rogers support page about upcoming updates was recently changed to include dates for Google Pixel OS upgrades, with the descriptions listed as "Q OS" and the dates set for September 3rd. 9to5Google spotted the change yesterday, but the carrier has already removed all references to Android 10 from the page. Does Rogers know that nothing is ever truly deleted from the internet?

We'll keep an eye out for more confirmations, but in the mean time, get your Pixels ready for the final Android 10 update.

Another Canadian carrier, Telus, has listed Android Q as arriving September 3rd on all Pixel phones. Telus already replaced the descriptions with just "Security update," but the previous version can be seen below. 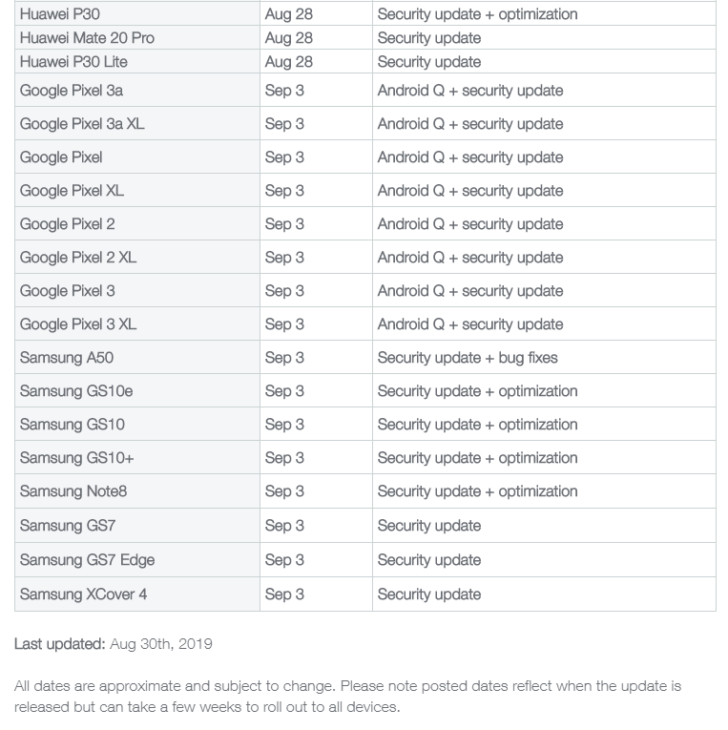 Monday deals: Save on the Lenovo Smart Clock, plus Pixel 3 cases and more