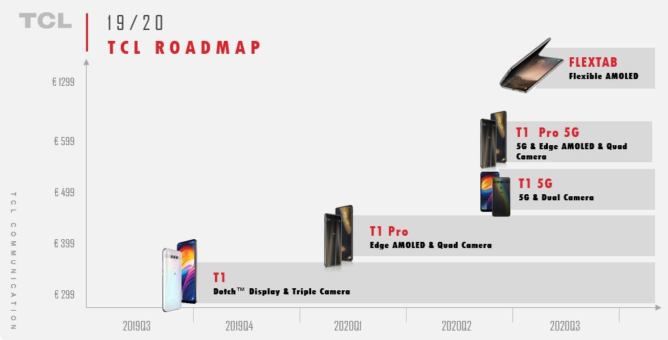 We're learning about these plans thanks to leaks blogger Evan Blass dropping two images: a product roadmap through 2020 and a spec sheet for a phone called the T1 — this phone is said to debut at IFA next month. 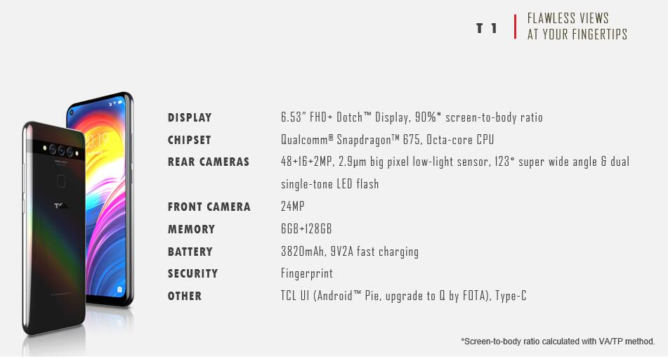 TCL looks to be playing catch-up with its counterparts like Lenovo, Oppo, and Huawei with mid-range demo targeting, specs, and design language like this. A 6.5" 1080p+ display — also, really, you're gonna call that punch hole BS a "Dotch?" Give us a break — with three rear cameras (one of them has a 48MP sensor) to go alongside.

Come the first quarter of 2020, the roadmap calls for a T1 Pro with a curved edge AMOLED display and four rear cameras. Toward midyear, we're to expect 5G versions of both the T1 and T1 Pro.

Finally, within the third quarter, TCL is set to release the FLEXTAB, what sounds like a folding tablet — though it's going to be expensive enough not to include cellular radios in any case — which features a flexible AMOLED screen. The company demoed a prototype of such a panel earlier this year. Through wisdom or circumstance, it has stayed out of the spotlight since the launch debacle of Samsung's Galaxy Fold and piling delays at Huawei for its Mate X.

So, will you being paying attention by the time the T1 comes along? How about the T1 Pro? TCL hopes you will. 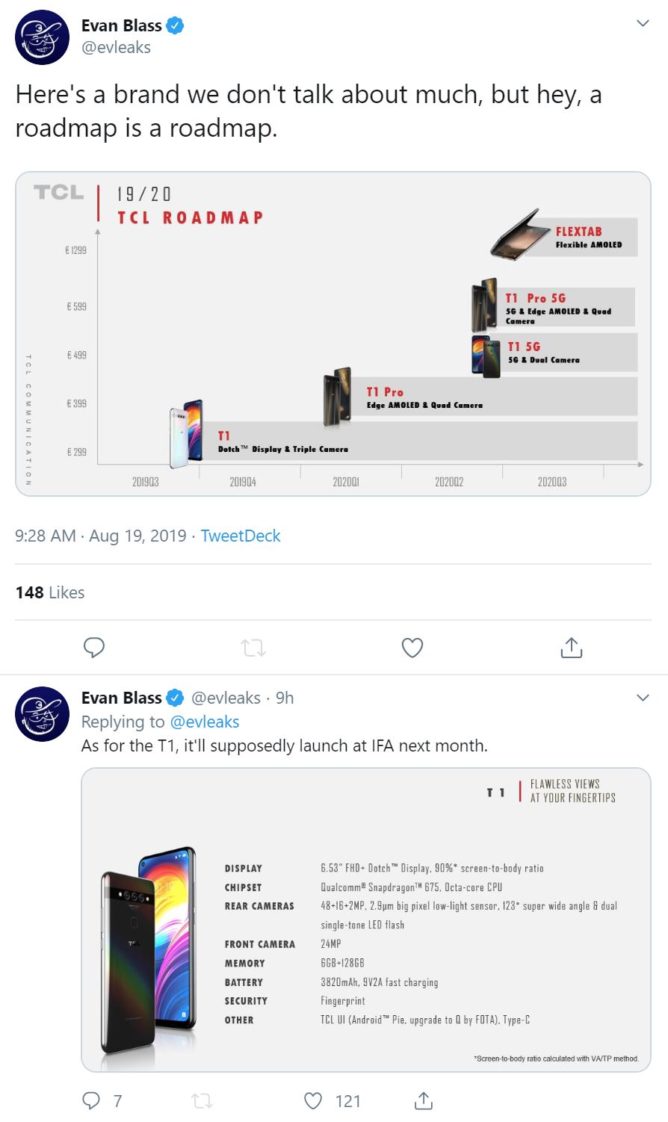 In a press release issued today, TCL teases its upcoming IFA announcements, in the process supporting some of the findings from this leak. We know that the company intends to show off "the first TCL-branded smartphone for global markets," and while it's not sharing details just yet, that news would seem to align with what we've heard about the T1.

TCL also gives us a heads-up to expect "fresh updates to its foldable display concept devices with the first commercial launch set for release in 2020." That fits with the schedule leaked for the FLEXTAB. Hopefully, we'll see a little refinement from the last time we checked in on the manufacturer's folding-screen tech.

IFA 2019 formally gets started on September 6. TCL's press event will be taking place the day before, on September 5.