For those that haven't been following closely, Stranger Things 3 The Game was released on consoles and PC back in July. The title serves duty as a sequel for Stranger Things: The Game, a mobile release that was offered for free and played a heck of a lot like a classic action-RPG. It was one of our favorite releases in 2017, and now that the sequel has made its way to Android, it's time to revisit Hawkins and save the world one more time.

If you've played through the first Stranger Things title on Android, and then check out the trailer above for Stranger Things 3: The Game, you'll probably notice that the graphics are now presented in an isometric view, instead of top-down. It would also appear that brawling takes center stage, and you can even team up with friends for local co-op. While I was a fan of the original top-down art, it's nice to see that the series is evolving while still holding true to its action-adventure roots. Clearly, the Netflix show offers a fantastic nostalgia trip through the '80s, and so it's only appropriate that the games derived from the show offer their own trip down memory lane with pixel-based graphics and classically-styled gameplay.

Unlike the original title, Stranger Things 3: The Game is a paid release, but luckily it doesn't contain any in-app purchases or advertisements. What you see is what you get, a rare occurrence on the Play Store, so if you'd like to pick it up today, you can grab it right now for $4.99, which is fifteen dollars cheaper than the Steam listing. Oh, and if you were worried about controller support, let me assuage your fears. I've tested the title with a Gamevice and a Logitech F310 over USB, and both controllers work out of the box.

All in all, it would appear that the wait for Stranger Things 3: The Game to arrive on Android was worth it. While I suppose some may scoff at the price since the first game was free, I have no qualms dropping $5 on a five-and-a-half-hour adventure that contains local co-op, controller support, and fantastic pixel-based graphics designed to press all of our nostalgia buttons. Of course, if you've yet to watch the third season of the show on Netflix, I'd recommend skipping Stranger Things 3: The Game until you finish the entire TV series, as the story in this release will contain spoilers. But for everyone else, I wholeheartedly recommend that you dig in. 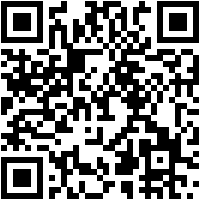