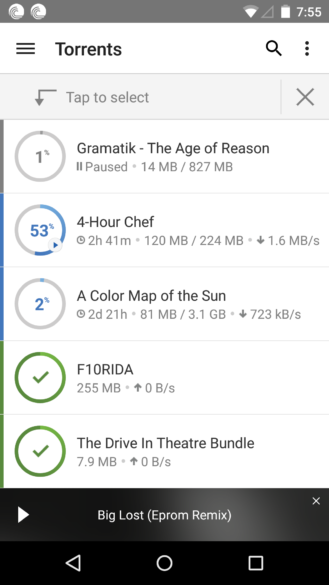 The old, dated version (left) next to the redesigned interface (middle & right).

The update rethinks the app's navigation from the ground up. The bottom bar divides it into four sections: Torrents, Videos, Music, and Connection, which lets you remote into your home computer's torrents. The first three sections help you keep your files orderly – while all data will show up in Torrents, audio and video files have their additional, separate space. The app loses the three-dot menu on the top right altogether, moving settings and further options to the sidebar instead. In there, you can also find a Discover area that shows you trending torrents, albeit navigating this section is a bit tough – using the back button will exit the app and won't bring you back to the previous screen.

If other developers could be as prepared for Android 10's dark mode as BitTorrent, I would be so happy.

Dark mode works as expected on Android 9 and 10. When you turn on the system-wide theme, the app automatically drops its white coat to reveal an almost fully black interface with only the bottom bar bearing a dark gray. Older Android versions are left in the cold for now – there's no manual toggle for the theme.

You can download the new version over at APK Mirror right away or see if it's available to you on the Play Store already. 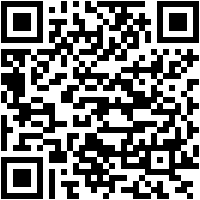 Stranger Things 3: The Game has finally arrived on Android