The Pixel 3a XL is one of the best budget phones around, with a camera that can trade blows with the best flagship smartphones out there. If you want to make the most of the Pixel's powerful camera, you'll need an equally-powerful video editing application. We've partnered with Digiarty, makers of the excellent VideoProc editor, to give away a Pixel 3a XL and a lifetime license to VideoProc!

The winner is Joe F!

VideoProc is an all-in-one video processing solution that lets you edit and process footage from any device, including both smartphones and dedicated cameras. It can cut, crop, merge, resize, rotate, and flip videos with just a few clicks. Some of the more advanced options include stabilizing, removing fish-eye effects, adjusting the speed, and much more.

There are also a wide variety of export and import options in VideoProc, so you don't have to worry about unsupported files or limited publishing options. It supports 370 codecs for importing, and over 400 formats for exporting — from DVDs to 4K H.264 video. No matter what footage you're dealing with, VideoProc's full GPU acceleration for Intel, Nvidia, and AMD graphics makes editing as fast and smooth as possible.

In summary, VideoProc is an easy, fast, and versatile video editor that still manages to be user-friendly. It strikes a balance between overly-simple free video editors and professional-level tools like Final Cut and Adobe Premiere, and VideoProc is available for both Mac and Windows. 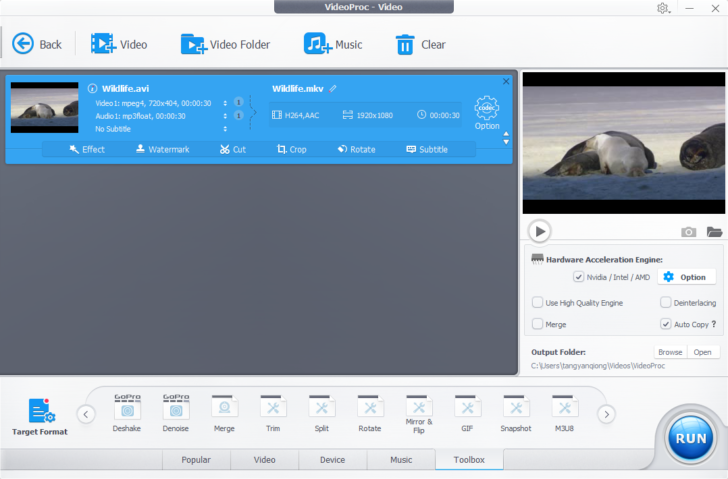 We're giving away a free lifetime license (a $78.90 value) below, but if you don't win, Digiarty is still giving away free copies of VideoProc. The version being offered from the VideoProc website isn't freely upgradable to newer versions, but you can also get 60% off a lifetime license.

The contest will run from August 22nd, 2019 until 11:59PM Pacific Time on August 29th, 2019. One winner will be selected, and that winner will receive one Google Pixel 3a XL and one free lifetime VideoProc license.

The contest is only open to residents of the United States, excluding territories.