With Allo shuttered, Google has decided to focus its messaging efforts on Messages and RCS (for the time being, at least). Since Google Messages was originally meant as a simple SMS app, the company has had to do a fair bit of work to make it a true competitor against established players like WhatsApp and Facebook Messenger. To reach feature parity with them, Messages is testing the addition of an instantly accessible microphone button to help you communicate via voice more easily.

The recording interface is reminiscent of WhatsApp, Telegram, and even Allo.

The option to send audio messages itself is not new. You've been able to do that for a long time, but the option was hidden behind the expandable plus button to the left of the compose box. The new button is on the right within the text box, replacing the greyed out send button that didn't serve any function when you weren't typing a message anyway. Presumably, once you start typing, the button transforms back to the send icon, but we haven't had the chance to try it for ourselves just yet. When you want to record a voice message, you tap and hold the microphone and release it once you're done. To cancel, you can slide to the left, indicated by an arrow and some text. This is how recording voice snippets works on most competing messaging apps, so it's good to see that Google isn't trying to reinvent the wheel here. 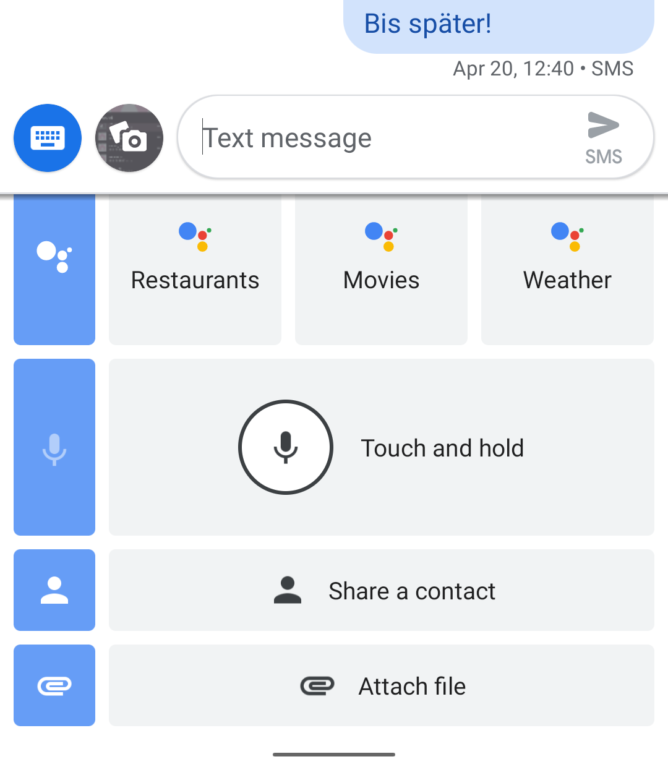 Currently, you need to tap the button to the left of the text box and scroll down a bit to see the microphone.

At the moment, the new button is only visible to a select few users as Google is A/B testing it. Because it's pretty useful, especially once RCS is fully deployed, we can assume that it will find its way to everyone eventually. Being on the latest release might increase your chances of getting in on the test, so be sure to check that you're already using version 4.7, available on the Play Store and from APK Mirror.

The microphone button isn't the only change surfacing in the compose box. A tipster using version 4.8.056 of Messages reports seeing an emoji icon to the left of the send button, giving him quick access to smileys. Another could confirm that it's available to him, too. This is likely also some A/B test, and even if you install the latest version, your mileage may vary. 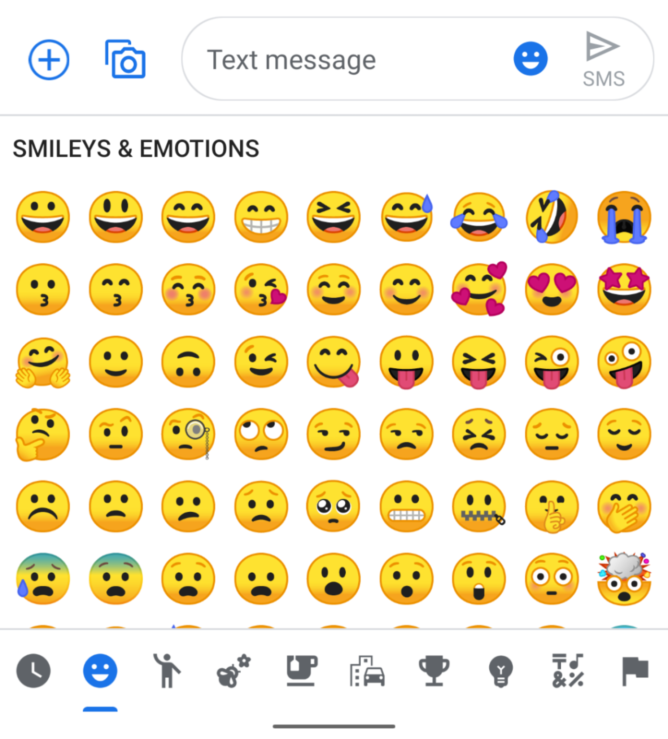