The Galaxy Note10+ is now in the lay people's hands and some of them might be wondering what's going on inside their phones. A few might even be tempted to wedge their fingernails right under the tightly-sealed back cover of the phone. Well, for the rest of us, there's Zack Nelson of YouTube fame and another JerryRigEverything video to scratch that itch.

To start with, Phillips head screws and plug-and-play components on ribbon cables are the rule when it comes to repairing Note10+. That said, Samsung designs its phones in a way as not to make it easy for repair shops, so there are some big caveats to keep in mind here. For one, when taking off the back panel to access those innards, some tinkerers might need to practice extra care on knifing the adhesive the very tight tapered corners that the glass bonds to. 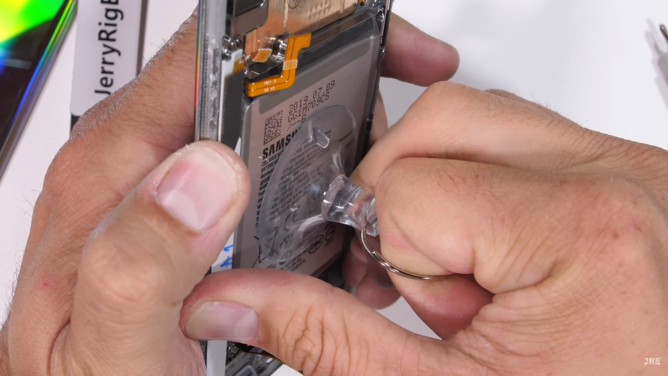 Secondly, the company has opted to glue down the Note10+'s 4,300mAh battery to the baseboard of the device, making it a risky proposition for technicians trying to fix or replace one of the most important components of a electronic. Nelson notes that a wrong scrunch of a cell layer can explode the package — we've seen that happen before and we're not talking about the Note7 — which can lead to damage and injury. He also pointed out that Apple uses pull tabs in its batteries for iPhones to suit an easy removal. 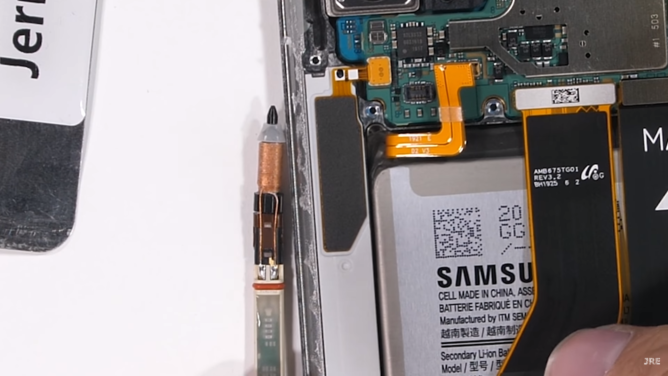 One of the more interesting points is how the S Pen charges — the phone's dedicated silo has a wireless charging coil placed on the spot where the stylus has its own intake coil, thus keeping it powered and ready for Bluetooth commands such as triggering the camera shutter. It's pretty much how two such coils would react between a charging pad and a phone or other compatible device. 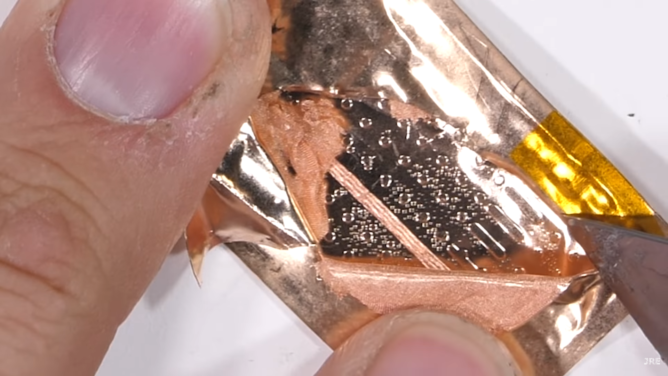 And then there's the copper vapor chamber that's meant to cool down the CPU when it's chugging on. Nelson explains that the pouch contains both a liquid (to be vaporized) and a fabric mesh. When one end of the chamber is heated, the liquid evaporates and moves to the other end of the chamber where it condenses back into a liquid. It then soaks into the mesh and crawls back to the other end by its capillarity. This forms a continuous cooling cycle and allows the Note10+ to persist in its tasks.

You can take a look at the rest of Nelson's video for some of other his findings and conclusions like how the embedded speaker slingshots sound from one end of the Note to the other, whether a headphone jack would've been able to fit in the phone, and a lot more.