Fitbit's grown from basic fitness tracking to move into smartwatches with models like the ill-fated Ionic and its much-improved successor, the Versa. Following some tantalizing leaks, the company's now officially announcing its latest smartwatch, the Versa 2, along with a premium fitness subscription service and the Aria Air smart scale. We've already known quite a bit about the Versa 2, and now it's fully official. The headlining feature is the integration of Amazon Alexa, which allows you to start and stop exercises, turn on and off lights at home, and do pretty much everything else Amazon's assistant is capable of. To help you stay discreet, Alexa will silently answer on-screen by default. The integration of Fitbit Pay gives you another contactless option next to Google Pay to buy your groceries during your jog.

Speaking of software, the Versa 2 natively integrates Spotify. Unfortunately, it appears to be nothing more than a remote. As far as we can tell, you can't download Spotify content right onto the watch itself – the music is still playing on your phone. On the other hand, you can download Deezer playlists and Pandora stations, so if you're using these services, you're good to go.

Along with improved automatic exercise tracking, the wearable gives us advanced sleep features. Smart wake sets up a variable alarm that goes off when you're in light sleep, and sleep mode completely turns off the screen and notifications as to not disturb you, whether you're sleeping or not.

On the hardware side, the display now uses AMOLED technology over its predecessor's LCD screen, which should improve battery life and contrasts. In a first for Fitbit's smartwatches, the Versa 2 also offers an optional always-on display with a battery life of two days. If you're not using that mode, Fitbit boasts that the battery should last more than five days, though any serious usage is likely to bring that figure down quite a bit.

The Versa 2 hits shelves on September 15 worldwide, with pre-orders starting now. The regular version will be available for $200, while the Special Edition sporting a woven band and better materials will cost $230. As always, a ton of accessories and third-party bands will be available for the Fitbit device. Fitbit Premium provides a selection of personalized workouts accessible through the Fitbit app on Android (and iOS, if that's your jam). At launch, the service offers nine health and fitness programs that help you achieve individual goals. These include classic courses focusing on weight loss, better sleep, calorie counting, and running, but also more niche things like understanding your salt intake. The courses are accompanied by workout plans, relaxation tools, recipe suggestions, and tips and tricks as well as "thousands of dynamic video and audio workouts."

Along with the free sleep tools provided by the Versa 2, Premium members will get an even deeper insight into their day/night rhythm. Similar to Sleep as Android, you will be able to see when you've entered which sleep phase and how your sleeping heart rate compares to your regular one.

Sometime after the initial release, subscribers will be able to partake in adaptive, collaborative challenges and games that encourage them to move more. Fitbit is also looking to introduce a personal coaching service in 2020 as part of the Premium subscription that helps people who want to get serious about weight loss or have special health conditions, such as diabetes.

Fitbit Premium launches this September in select markets, with monthly subscriptions available for $10 and yearly commitments for $80. 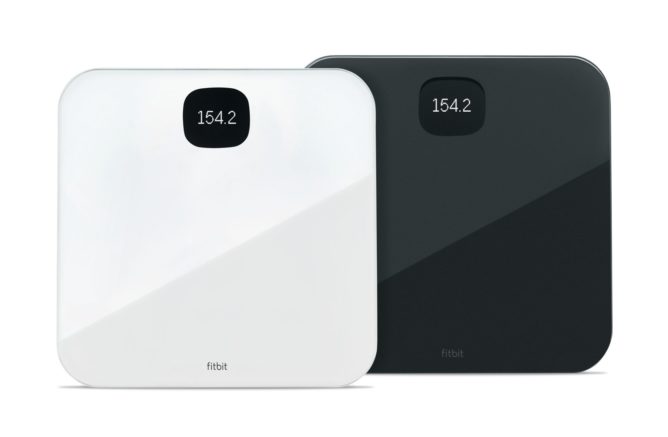 Alongside the bigger announcements, Fitbit also extends its Aria family of smart scales with the Bluetooth-equipped Aria Air. When combined with the Fitbit app, the scale shows you your BMI and helps you log your long-term weight-loss (or gain) goals.

The Aria Air comes in black and white. Fitbit says it will be available for pre-order starting late September and should begin shipping worldwide in October, setting you back $50.