Whether you're curious about the Roman Empire, want to master new romance tongues, or are simply keen to discover a new one, Latin can be an interesting choice. Unfortunately, learning an an extinct language isn't always easy, mostly because there are few people to practice with, but also due to the limited resources available. Thankfully, Duolingo, which is famous for its free mobile language courses, has just added support for Latin. 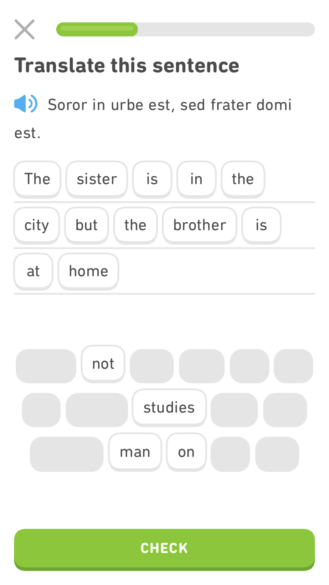 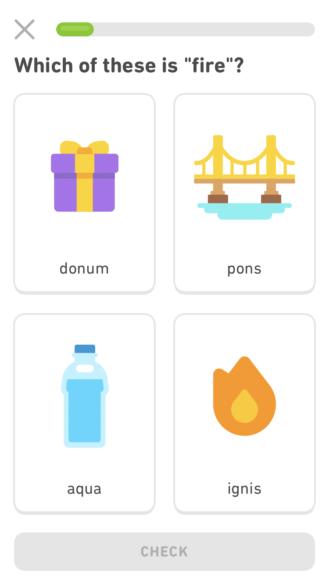 As with the existing languages, the learning process is interactive: You'll be prompted to translate sentences back into English, and associate words more easily thanks to icons. There's also an option to let you hear complete sentences, so you get accustomed to the pronunciation as well.

Duolingo explains they've partnered with Paideia Institute, a non-profit educational organization that works on promoting classical languages, to design their courses. Naturally, they chose to teach Classical Latin and not Ecclesiastical Latin, which is the one used in Church. The company puts various reasons forward to learn the language, which range from better understanding scientific or legal terms, learning similar languages like Italian, Spanish, and French more easily, or even grasping your own tongue's history. 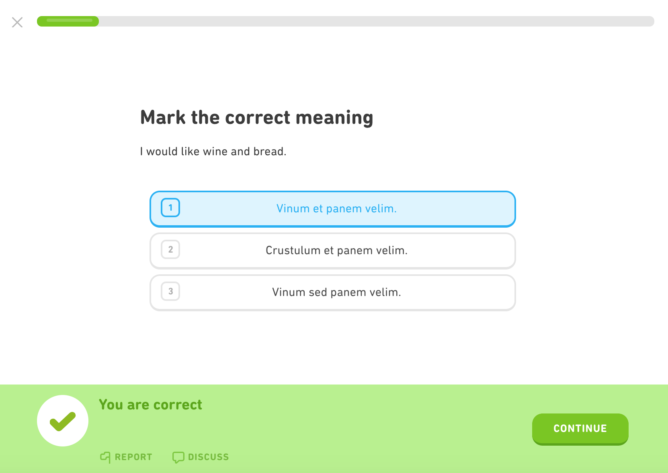 If you'd like to learn Latin, you can do so by installing the app using the widget below or directly on Duolingo's site.