We already mostly knew how the Pixel 4 would look thanks to Google voluntarily spilling the beans, but this is our first good look at the upcoming G-branded flagship in the real world. It's all pretty much what we expected, though there's still some good information to glean here.

For those of you who've been falling behind on the gossip, you can catch a refresher course via our Pixel 4 roundup. Here's the gist of it, though; Google leaked (some of) the Pixel 4's design and its facial recognition tech, and we've seen some 360-degree renders. The Pixel 4 had been caught in public once before, but the potato pictures and the case on it meant that we didn't learn much. 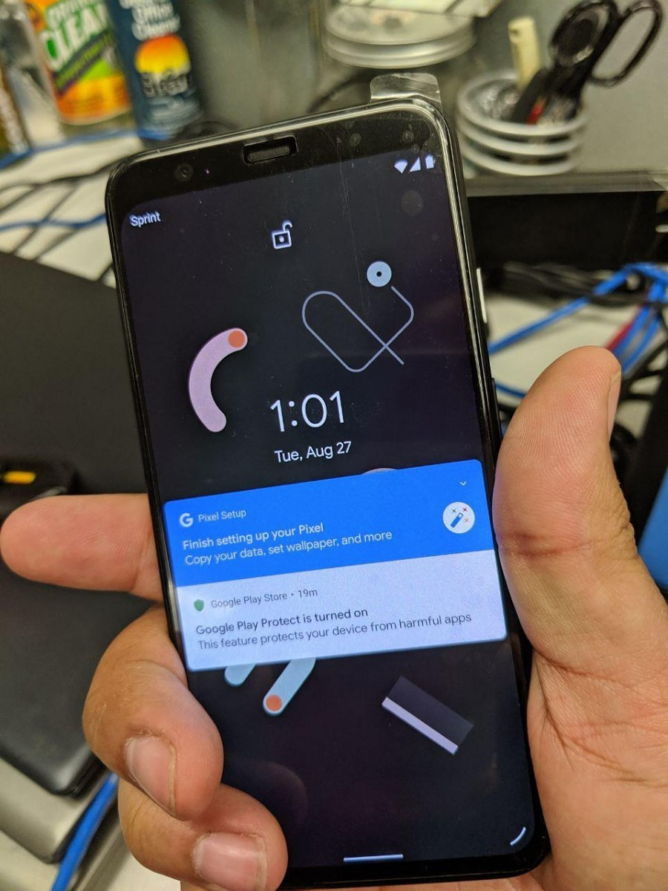 The origin of these latest leaked images is unknown, with XDA stating that they were shared on Telegram. They appear to have been taken by a Sprint engineer, given the "Sprint" text clearly visible on the lockscreen. Sprint currently sells the Pixel 3 and 3 XL, so this isn't a huge surprise. Moving onto the rest of the lockscreen, we also see a funky-looking wallpaper and gesture nav, both likely indicating that this phone is running Android 10 *dessert name redacted*.

Up front, we see that Google chose to forgo a notch or cutout in favor of a traditional forehead, which houses all the Soli hardware that we already knew of. The bottom bezel isn't as large, though it is still pretty big compared to some other phones. There's also a greyish-white power button, which is slightly less boring than the black button currently on the black Pixel 3. 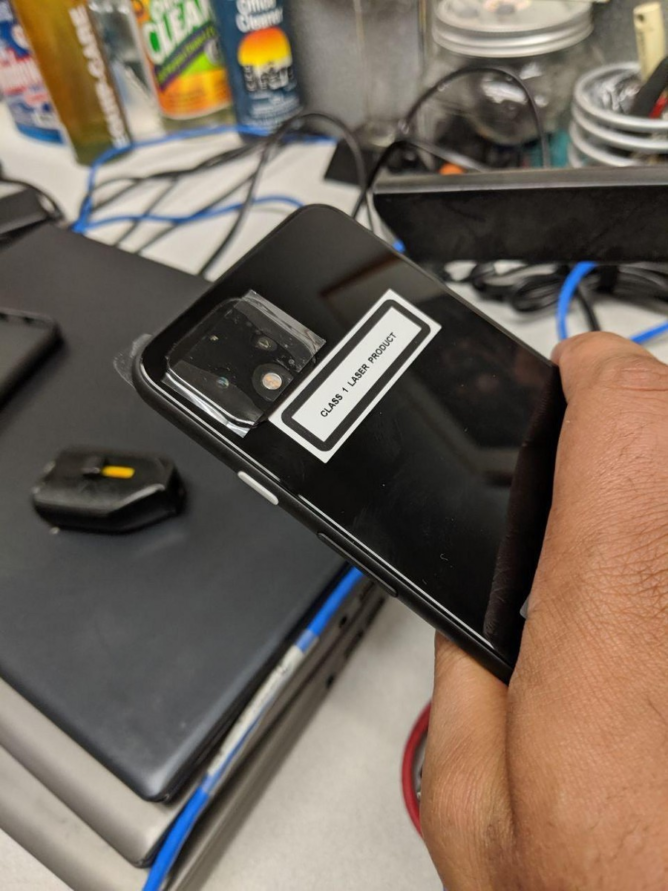 Out back, it's hard to miss the giant square camera module, rumored to house both a regular 12MP and a telephoto 16MP lens. Google seems to have ditched its two-tone matte soft-touch glass in favor of some standard glossy glass, which we're sure some of you will have some qualms about.

It looks like the Pixel 4 is slated to be unveiled in October and released later that month, so we've still got over a month to go. Chances are that this isn't the last we'll see of the Pixel 4 before then.