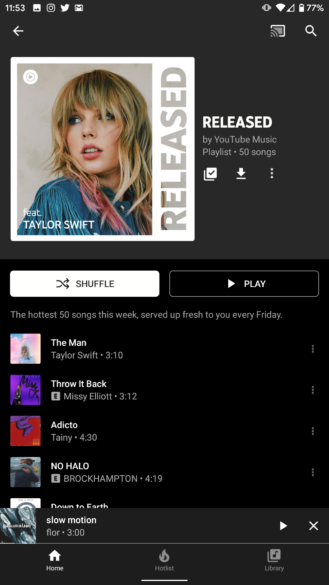 The new Released playlist, which contains the "hottest 50 songs this week" and is updated every Friday, has been promoted on the Home tab of the app. It's basically a curated new releases list, so you might see some variance between equivalent playlists from Apple Music and Spotify. As with any other playlist, it can be filed to your library and downloaded in whole.

In other news, some listeners have seen the search icon move from the top-right corner down to the bottom as a tab. One of our readers sent a screenshot with the tab in the far-right position while 9to5Google found it in the second-of-left slot, joining the Home, Hotlist, and Library tabs. 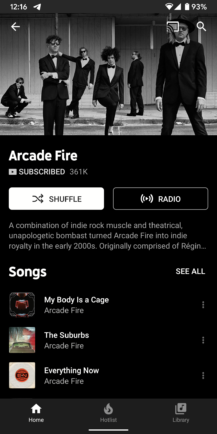 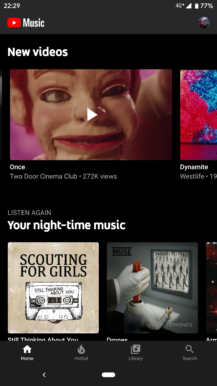 While nothing's set in stone at the moment, we do have some confidence that the tabbing will occur — it's only a matter of where it will end up.

Meanwhile, we've also been alerted to a couple of changes to artists' profiles:

The band title has been enlarged and has been realigned from the left to the center along with the subscription toggle. Wider header images have been cropped down — sorry, rightmost member of Korn! — and a black gradient has been added to transition down to the lower UI elements. One of those elements, the band bio, seems to have been replaced with a box for a highlighted single. 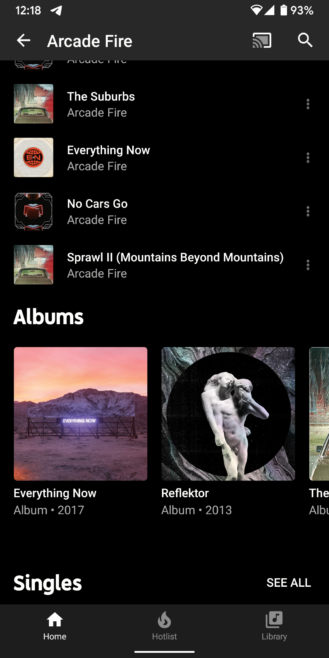 Finally, the album covers have been blown up so that users only see one complete artwork at a time, forcing them to scroll through the platters.

These little changes may pile up to a significant number of extra plays and better imaging for some artists, but we'll have to see if they get enough positive feedback to stick around. All of these changes look to be server-fed as we're still on v3.29.52 of the app. YouTube Music is available on the Play Store and APK Mirror.

RAVPower's 61W USB-C charger is nearly half off at $27