A couple years back, Ultimate Ears released the Wonderboom, a squat little speaker that delivered great sound at a good price. With some attractive color pairings, and big, easy-to-use controls, there was a lot to like about the speaker, though there was also clearly still room to grow. Now UE’s ready with its follow-up, launching the Wonderboom 2 earlier this summer.

Does the Wonderboom 2 meaningfully improve on its predecessor? Or is this more a Wonderboom 1.5, updating the look without taking the time to really revisit functionality? Let's check it out.

UE leaves the general design of the Wonderboom largely unchanged for its second-generation effort. We’ve got the same prominent +/- volume controls up front, and trio of power, pairing, and track control buttons on top. 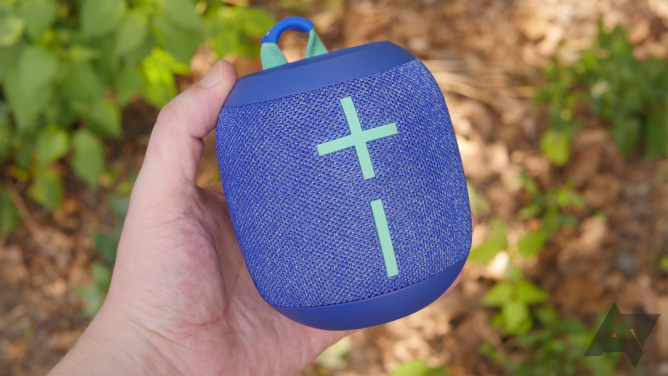 This squat little speaker comes armed with some solid upgrades.

Compared to the original, the volume controls on the Wonderboom 2 are no longer clicky, but actually end up feeling better to press. There’s also an improvement to the arrangement up top, with the middle track-control button now clearly something you’re supposed to press, where previously it has been obscured by a UE logo (and didn’t look much like a button at all). 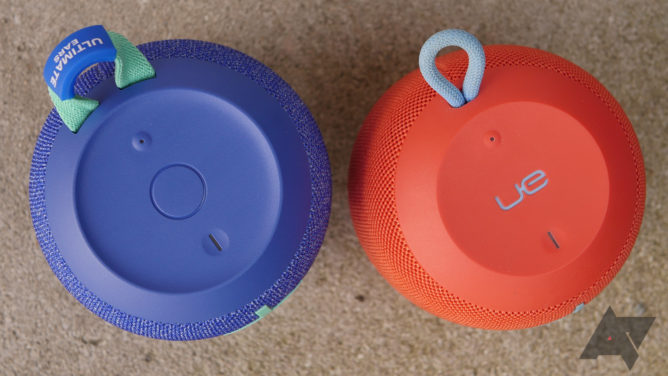 Another upgrade arrives in the form of the Wonderboom 2’s elastic loop. If you feel like hanging the speaker somewhere, the loop is there to help, but on the first-gen it was a bit too snug. The new, broader loop is a lot more finger-friendly, and encourages users to carry the Wonderboom 2 around. 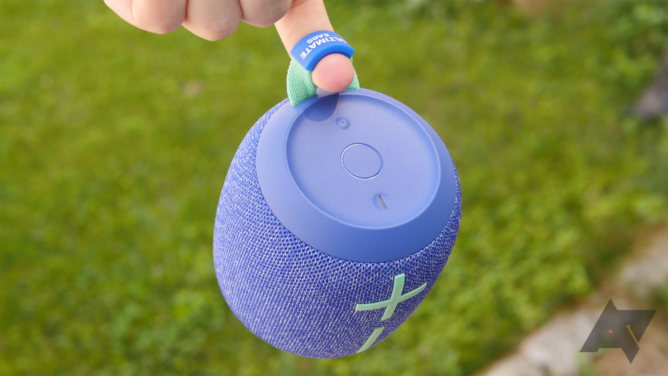 Using the elastic loop to launch the Wonderboom 2 skyward is ill-advised.

The fabric covering the speaker’s body is once again available in an attractive array of colors, and for this new model UE makes them look even better by adding slight texture coloration — "athleisure style."

Down below, a deep rubber flap covers the charging port, imparting the speaker with water-resistance. As always, I’d love to see the move to USB Type-C, but UE is sticking with micro. There’s still no aux-in, but that’s not a huge problem. 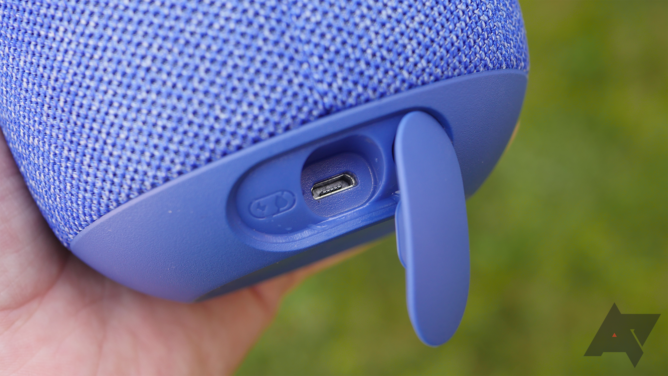 This stupid little outdated connector will outlive us all.

All in all, the design of the Wonderboom 2 keeps what worked well, and fixes what didn’t — well, USB notwithstanding.

The speaker arrives packed with a micro-USB charging cable, safety sheet, and that's about it — even the operating instructions are just printed right on the box.

There’s not much to be surprised by when it comes to what a Bluetooth speaker like the Wonderboom 2 does: pair it with your phone, turn on some music, and enjoy. Once again UE touts the speaker’s 360-degree output. And yes, the Wonderboom 2 is largely omnidirectional, though you can definitely hear some shifts in tone balance as you circle the unit.

Overall, it’s a little louder than the original — not so much so that it’s worth upgrading just because of that, but it’s noticeable. 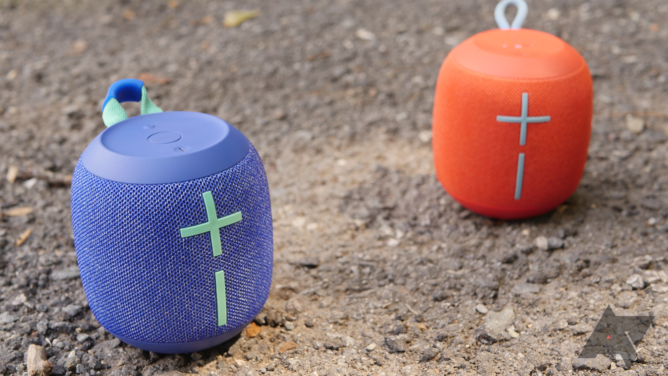 Like before, you can pair multiple Wonderbooms together. With the original, though, the problem was this only cloned the output. Now with the Wonderboom 2, you can also create a stereo pair, having each speaker operate as a separate channel. That was one of our big asks from the first-gen, so it’s great to see UE implement it. Better still, you can mix and match new and old speakers.

I also love how this pairing can be set up with just the speakers themselves - no extra app needed. Instead, you hold the track-control button to both link and switch between stereo and normal modes.

Battery life is supposed to be improved this time, jumping to 13 hours from 10. Honestly I’ve yet to run it all the way down, but it feels like there’s more than enough juice to go around. 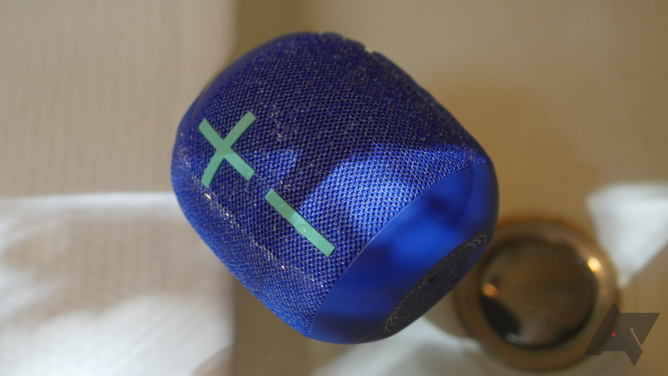 Float into the light, little speaker.

Waterproof speakers are easy enough to come by, but the Wonderboom 2 ups that game by also floating — and that’s absolutely my favorite feature. Sadly, it’s still not much use as a speaker when it’s bobbing around, but that might have been asking a lot. For this second-gen model, UE adds dust-resistance.

All this sounds pretty great, and it is — but there’s one change for the Wonderboom 2 that I just don’t think is quite as successful as the others. This is the Outdoor Boost mode you activate by pressing a button on the speaker’s base — an illuminated pine tree lets you know you’re in outdoor territory. The idea is that this prompts the speaker to adjust its output to sound louder and more impressive in wide open spaces. 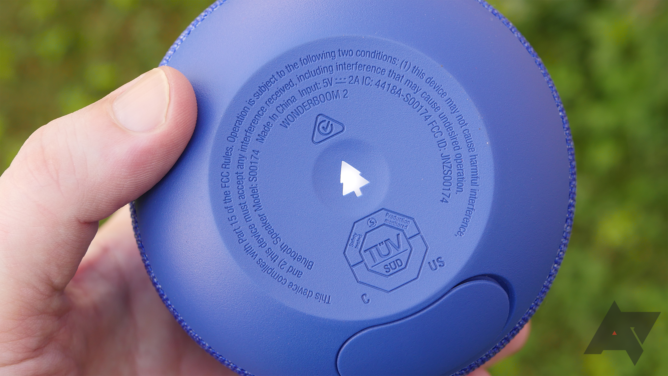 It does sound different, granted — but not really louder, nor even better. Instead I found Boost audio to come across as more hollow and compressed. I can sort of understand how music like this might be easier to hear in really noisy outdoor parties, but I’d hold off on using it until you need to — standard output from the Wonderboom 2 sounds much better.

Yes. With the slight miss of that Outdoor Boost mode, the Wonderboom 2 is otherwise a great collection of upgrades: tighter design, louder output, and better linked-playback support. 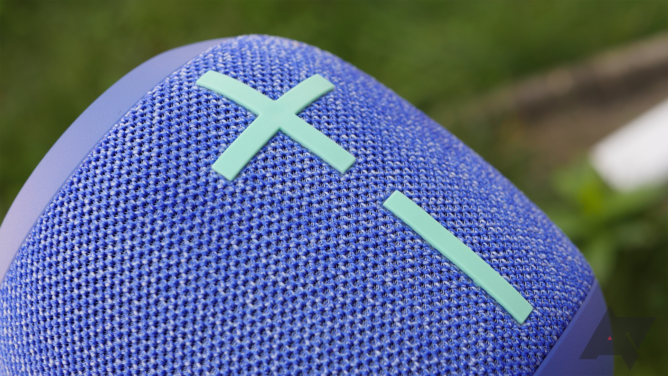 The only thing giving me the slightest pause is that $100 feels a tad much to be spending on a speaker, especially one this compact. But you absolutely do get a lot for your money, and with sales already bringing the Wonderboom 2 down to the $80 level, it shouldn't be hard to find one at a price you can live with.