Google announced YouTube Music with much fanfare in 2018, pledging to reach feature parity with Play Music and eventually replacing the dusty service of old. However, despite promises, development is going extremely slow, and a lot of basic functions are still missing. The latest release of the Android app, version 3.29, coincides with a server-side rollout of a feature that gives you the revolutionary ability to sort albums and playlists by name.

Previously, albums and playlist you've added to your library were sorted by Recently added, and there was no option to change it — unless you count re-adding all albums in the desired order as a valid move. The server-side update adds a drop-down menu at the top, allowing you to set your albums and playlists to show in alphabetical or reverse alphabetical order in addition to the chronological order of old. 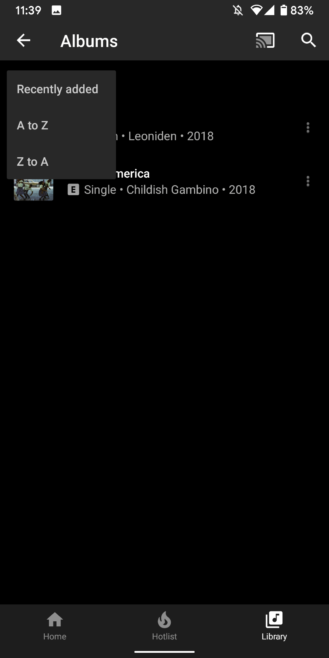 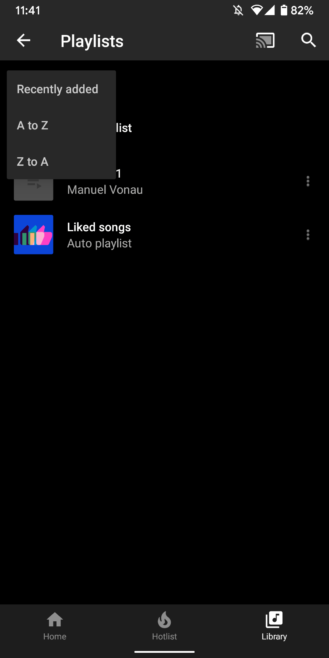 Two stunning new sorting options have been added. What's next, sort by artist/creator? Let's not get ahead of ourselves.

It's frankly ridiculous that we even have to celebrate the addition of such a basic feature at this point, but this is the world YouTube Music has made us live in. If this was the one thing keeping you away from the service, it's finally time to download and start using it — you can get the latest version over at APK Mirror, but the sorting option should also be rolling out to older versions via a server-side switch. Hopefully, YouTube Music's developers will pick up some steam now. Many people are still annoyed by the shared watch/play history between regular YouTube and the music streaming service as well as the inability to upload your own MP3s. There's still some way to go before I'll be willing to ditch Google Play Music.