Samsung's TouchWiz Android skin suffered years of mockery but the introduction of One UI heralded a new, more mature era for the company's software design. Thanks to a video by Brazilian YouTuber Dudu Rocha (via XDA Developers), we may be getting our first look at One UI 2.0 on top of Android 10.

In what is apparently a leaked developer build of the upcoming OS, Rocha walks us through various screens of menus and apps on a Galaxy S10+ next to an S9+ with Android 9 Pie, and it doesn't appear that too much has changed from a visual standpoint. Even so, some new features and tweaks are outlined in the video along with evidence to suggest that this is indeed One UI 2.0. 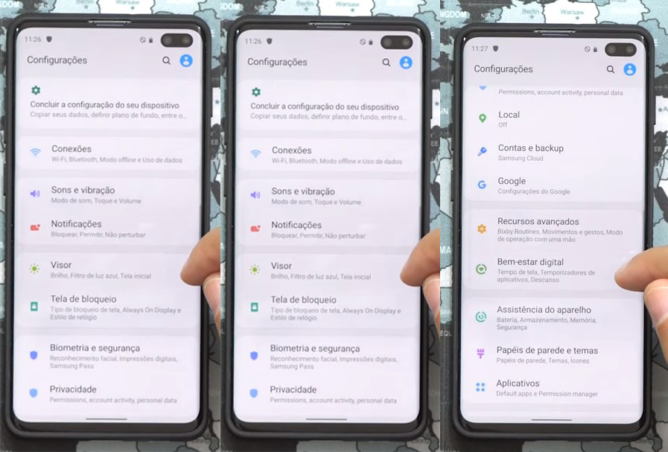 There are some changes to the quick settings panel, which is one of the most oft-used interfaces on any Android phone. A large part of the One UI philosophy surrounded making everything easier to reach, including bringing interactive elements lower down the screen to make tall phones more manageable. But with One UI 2.0, this might not be such a heavy focus. In the quick settings, the clock is made smaller and returns to the status bar area, with the date also appearing smaller and just below. This allows for more tiles to be shown on screen. Aside from this, the design language remains unchanged. 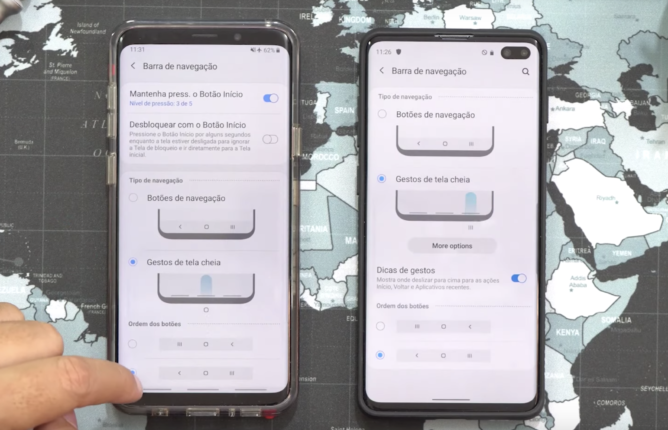 One important new addition is the gesture navigation system that Google has been trialing with the Android Q Beta. The iOS-inspired gesture pill with the potentially confusing new back gesture (along with the familiar three-button nav bar) will be present on every phone running Android 10, even if OEM's like Samsung include their own alternative navigation options as well. The video shows that we can expect it to look just as it does on Pixel phones, with the "swipe from the side to go back" gesture sure to be divisive among Samsung users too.

In accordance with the new location and privacy permissions features that will arrive with Android 10, this Samsung preview build contains new settings sections called Local and Privacy. Galaxy Note10-specific features such as Link to Windows and a native screen recorder are also shown off, suggesting they'll be coming to other Samsung phones with the Android 10 update. As pointed out by XDA, we can't be certain that this is the real deal, but there's little reason to believe it's not. Even so, anything we see here is still subject to change as we're some months away from an official build rolling out. There could yet be more exciting things to come from Samsung in Android 10.

Samsung releases DeX desktop app for use with the Galaxy Note10