Joachim Kuss, self-described in his Linkedin as the company's head of communications for the consumer sector, tweeted out a teaser for the Nokia 7.2 supposedly after a round of media briefings. Shortly afterward, perhaps following a friendly word of advice, Kuss took down his post. 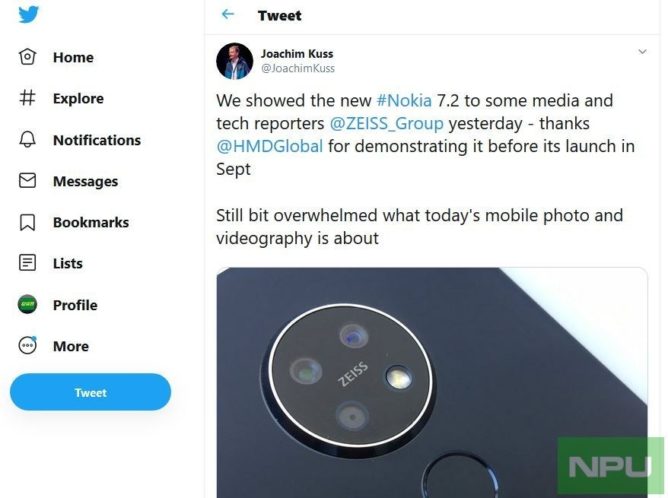 You can make out three imaging sensors and lenses with different apertures and/or focal lengths in the supplied picture.

Back in July, a Chinese tech blogger who posted pictures and specifications of the device in question, said to bear model number TA-1198 and codename "Daredevil" — some of those details include a 1080p display at 19.5:9 aspect ratio, a fairly older Qualcomm Snapdragon 660 chipset, a 48MP camera at the rear, and a 3,500mAh battery. 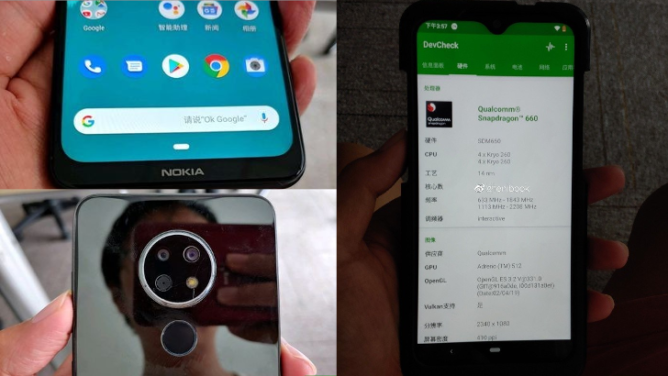 Other items have been picked up by Nokiapoweruser since, such as 4GB and 6GB RAM options, 64GB and 128GB storage options, a microSD card slot, and a 3.5mm headphone jack.

HMD Global has an event planned for around IFA time on September 5 and this Nokia 7.2 is highly anticipated to be seen there.

More images of the Nokia 7.2 have surfaced courtesy of techmesto, this time showcasing the phone in a dark cyan color. Thanks, NokiaLover! 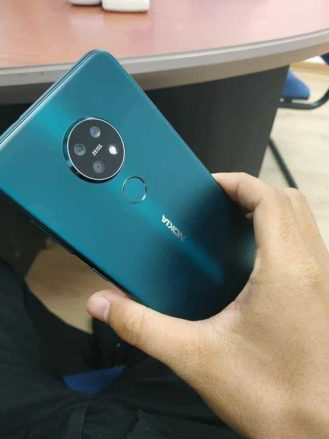 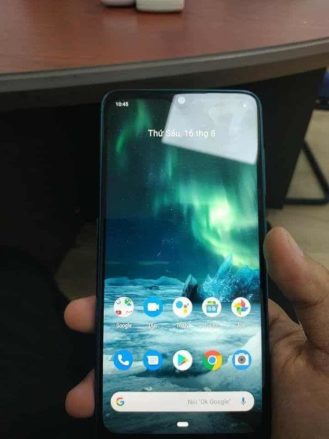 Google Photos can now search for text in your images, then copy and paste it