Back when Google Play first paved the way for peer-to-peer app and game sharing, SHAREit was one of the first applications to utilize the feature. Along with the secure distribution of APKs outside the Play Store, the app also allows you to send all kinds of files to friends and your other devices. These features are especially useful in countries with low bandwidth, so it's a bummer that the app itself weighs in at 25MB. With this in mind, the company behind the service has released SHAREit Lite for those who need or want a more lightweight version.

Compared to the regular SHAREit, this version lacks the option to send data to your own devices and you can't use it as a file manager replacement — it's meant for sharing only. To use the service, you need to sign up with a unique name, but that's it. Entering a phone number or an email is optional. At the moment, there are also no ads at all in the app, which is another deviation from the full version of SHAREit. It's likely this will change over time, though. 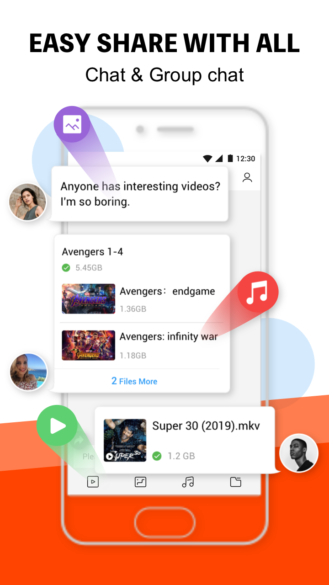 You probably shouldn't use the service to distribute illegal copies of movies, as seen above in one of the app's Play Store promo images.

SHAREit Lite consists of three bottom tabs titled Chat, Feed, and Me. You can send and receive files in the Chat section along with the obvious option to start chats with friends. The app can pull up their data from Android's contacts management. The Feed tab is reminiscent of other social network news feeds and allows you to post files for all your contacts to see. To access settings, stats, and your ID, head to the Me section. 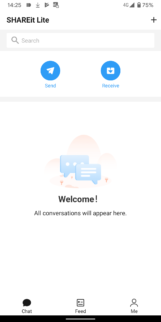 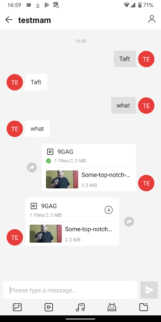 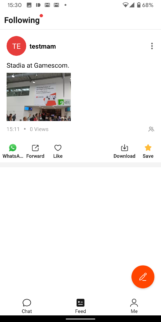 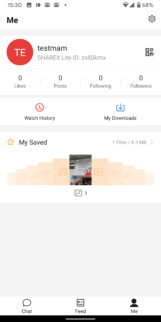 From left to right: Chat, conversation view, Feed, and Me.

At the moment, the app isn't officially available in the US and Europe (Germany and France confirmed), but we have you covered over at APK Mirror. The install file available there is signed by Google, and the cryptographic signature guarantees that the file was not tampered with in any way. Rather than wait for the official release of the app in your country, you can download and install it just like any other APK. Android will look a little different in 2019, and the bugdroid is losing his body

Gears POP is Microsoft's take on Clash Royale, and it's available today on the Play Store