After a sit-down with members of Android's brand design team in the company's new Mountain View office last month, the headline of this post was essentially what I came away with. Android's visual branding is changing as part of the release of Android 10, but that's in and of itself only a tiny part of Android, and it's really not changing a lot.

What I can tell you is it's a lot easier to give you some visuals, then explain what exactly is happening, so let's start with the pictures.

At the top you'll find Android's original wordmark from 2008, in the middle is the 2014 refresh, and on the bottom is the new 2019 branding Google just announced today. The font is a bit lighter (with a new lower-left radial curve), the logo is now officially black, and the bugdroid head will be featured more prominently with the logo going forward. It certainly looks a bit more modern.

The bugdroid himself is also getting some changes; namely, he's now just... a head. Google will continue to make the classic bugdroid design available under a Creative Commons license, but the official, branded version of the bugdroid is now without a body. He does do fun stuff with his antennae now, though. 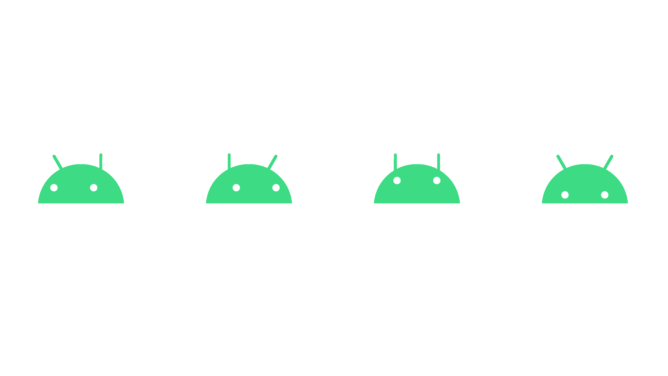 You've gotta admit, he's kinda cute. As for the rest of the changes, we've got a new official branded color palette Google is working with, and the bugdroid (which Google officially calls "the Android robot") is showing off the latest shade of Android Green. It's a lighter, more blue green than the slightly-radioactive Android green of years past, and I like it. There are also new accent colors you can see in the image below. 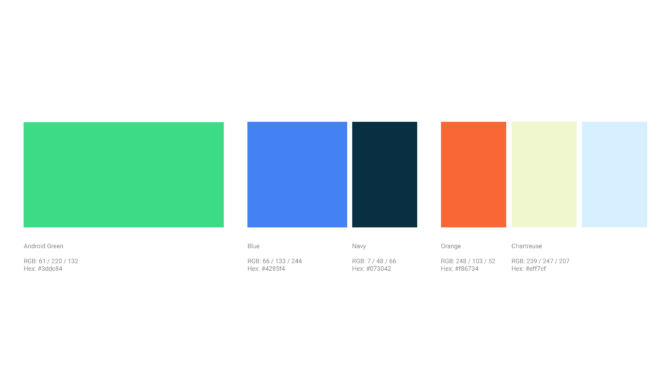 You'll see these colors start to pop up on various Android-related websites Google publishes, as well as in signage and artwork Google uses at shows like MWC and CES in relation to Android. To be clear: this is not a color palette for the Android OS, it's a color palette for the Android brand. That means there are no imminent plans to re-skin Android in these shades, merely that Google will be using these colors in its Android-related marketing. It's possible apps and parts of the OS could opt to use them, but Google isn't saying if that's under consideration at the moment.

All in all, these are some small tweaks to the Android brand that most people probably won't notice - and that's fine! You can watch the video below to get a rapid-fire summary of the new visual identity.