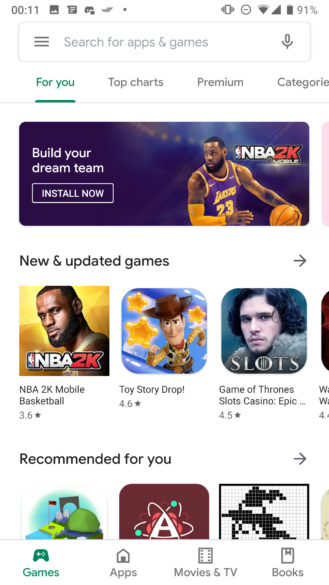 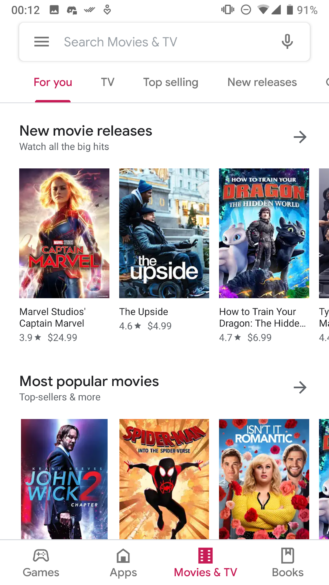 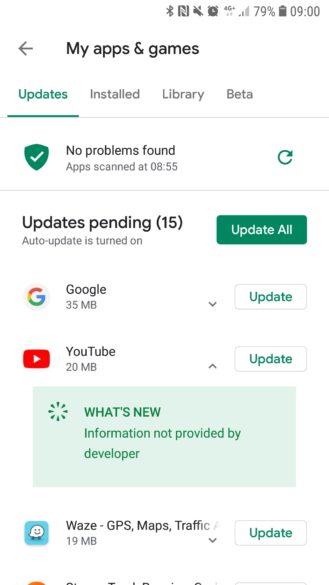 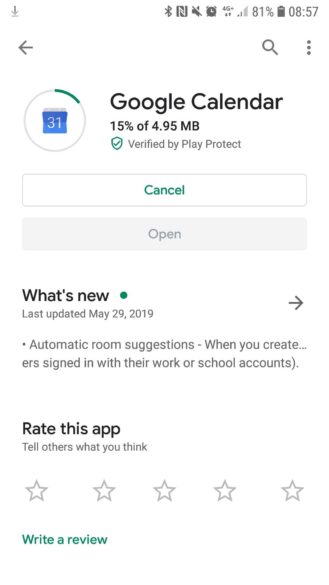 As expected, the new design elements feature more rounded edges and a new navigation bar that's now at the bottom of the screen. Google has also reworked its initial sketch, as it kept the former layout that had an Apps button, instead of replacing it with a Home key. The music tab is gone, however, and only accessible through the main menu on the left. Lastly, the app pages have been overhauled to focus on key elements such as the rating and screenshots, or the changelog for the ones you've already installed. The progress bar has also been replaced by a circle around the app's icon that fills up as the download advances.

If you still don't have the new design, make sure you're using the latest version (15.1.24) and try clearing the app's cache in your phone's Settings menu. Otherwise, you can download and install it directly from APKMirror, but you may still have to reproduce the aforementioned steps and restart your device to see the new theme.

Google appears to be rolling back to the previous Play Store interface, according to several tips we've received. The colorful UI is back — at least for a while, anyway.

Subsequent updates to the Play Store have brought back the interface and taken it away again. Someone should buy the Play Store team some flip flops, because they're flip flopping a lot on the new UI.

Several tipsters and Reddit users have reported the new interface has shown up on their device, which seemed to have disappeared lately. Interestingly, it's also appearing on Chrome OS this time.

We're not sure whether the new interface is here to stay or whether Google is still testing things out, but a high number of users seem to have received it. Unfortunately, only two people in our team have the new UI, but it's common for Google to roll out new features gradually. We'll keep you posted as we learn more about the new interface's rollout.

After going back and forth (and back, and forth again) on this redesign for what feels like practically all summer by this point, Google is finally committing to the new Play Store look, as announced today on the Android Developers Blog.

Go ahead and take some time to get familiar with the new Play Store — at least until Google decides to massively renovate its app again.

HTC U12+ finally gets its Pie update in the US