Although Spotify is not a social media network, it has a bunch of features to let users share playlists, songs, and albums amongst each other. However, it doesn't really give artists the opportunity to interact with their fans, besides sharing their biography, a few pictures, and concert dates on their page. This is about to change, as the streaming platform is reportedly introducing stories, in which performers will be able to create a stronger bond with listeners.

The new feature has been uncovered by Jane Manchun Wong by digging into the app's code. In her discovery, it seems stories are not meant to be posted by random users, but only by artists so they can connect with their audience. To launch a story, you apparently have to tap the profile picture; in this case, it was triggered from a playlist made by an artist. This particular story was a Q&A session with Norwegian singer Sigrid, in which she answered questions about songs that made her feel a particular way. For each response, you could hear a snippet of each song and even add it to your list. You can watch a screen grab of how they look in the source link at the bottom of the post. 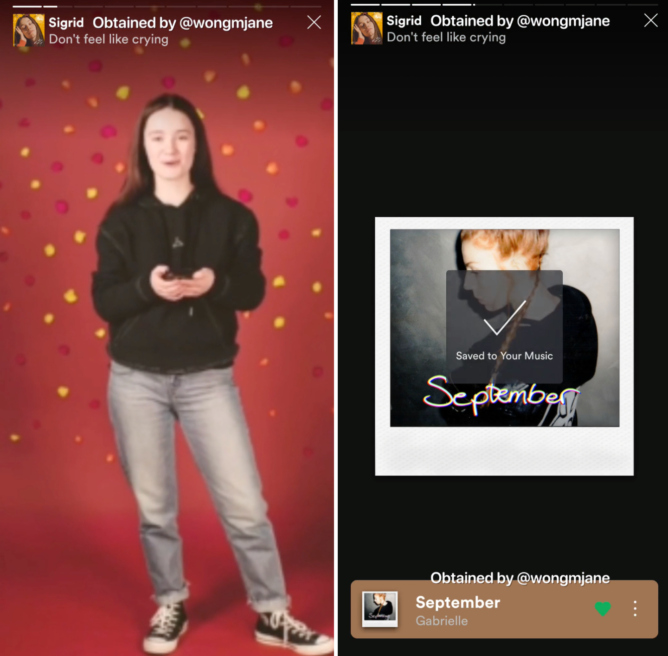 Although stories can be a way for artists to express themselves on Spotify, they mostly look like a way to increase the company's ad revenue by promoting new content. Hopefully, they won't appear without being manually triggered, so you can steer clear of them if you're already fed up with Facebook, Instagram, Messenger, and WhatsApp stories of people's feet at the spa.

We're not sure whether the functionality is an experiment or if it's here to stay, as it hasn't rolled out yet. I just hope Spotify won't let users add their own, as I strongly believe it shouldn't try to become yet another social media platform.

You can now migrate your Nest account to Google, but there's no way to go back