Last year during E3 we learned that Gears of War would be coming to Android with a Funko Pop skin slapped on top, so I suppose it's only right that at this year's E3 Microsoft has officially announced that fans can pre-order Gears POP on the Google Play Store through a new pre-registration listing. This mobile offering has been designed around collecting and upgrading dozens of Gears of War heroes and villains that are displayed in a distinctive Funko Pop style, which does not bode well if you were hoping for a premium release.

The brief Play Store description for Gears POP details a squad-based game where players can collect and upgrade thirty Gears of War characters to create the ultimate squad by mixing and matching units and their unique abilities. You can even add characters to the game through scannable cards that come with a few of the physical Gears of War Funko Pop figures. Real-time strategic PVP appears to be the core of the title's gameplay, though it sounds like a single-player section will also be included for those that would rather face off against bots. More or less Gears POP sounds a lot like every other free-to-play collection-based strategy game on the Play Store, which I suppose isn't much of a surprise for a double-branded release. 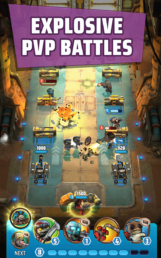 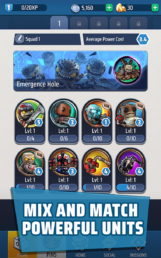 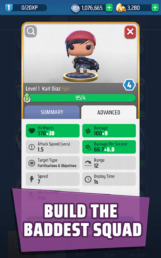 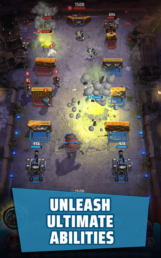 We still don't know exactly how Gears POP will be monetized, though there is mention of digital purchases under the Interactive Elements information displayed at the bottom of the Play Store listing, so it's probably safe to assume that this will be a free-to-play release. If that sounds like something that would appeal to you, then make sure to pre-register for the title through the widget below so that you will receive a notification once Microsoft officially launches Gears POP in your region this summer.

Gears POP is coming to the Play Store on August 22nd

Drop the boom on your opponents in Gears POP!

The official Xbox Twitter account has revealed that Gears POP is set to launch on August 22nd. As noted in a recent blog post, we are only three days away from the official release, so you may want to pre-register on the Play Store so that you'll receive a notification once the game is live. Those that are already playing the game (thanks to a few soft-launch regions) will want to sign in with their Xbox Live account to ensure that their progress and purchases are carried over once the official release lands. While I'm sure the timing of the release for Gears POP could not be better, since the release of Gears 5 is coming this September, I have my doubts that there will be anything of value in this mobile offering. I suppose we'll have to wait until the 22nd to know for sure, so expect further coverage this Thursday.