Owners of the Razer Phone have become (rightfully) frustrated over the past few months as the company slipped behind in software support. Not only is the phone still on Android 8.1 Oreo while Android 10 is on the horizon, but the current security patch level is from July... of last year. For reference, the Razer Phone 2 was released a year later in October 2018, and received Android 9 Pie in February of this year.

Perhaps as a result of public pressure, a Razer spokesperson confirmed on Reddit that a Pie update with the latest security patches is coming "in the coming weeks." Still, that's the least the company could do for abandoning a $700 phone less than a year after it was released.

The Pie update for the first Razer Phone is now rolling out to users. It weighs about 1GB and brings all the Pie goodies you expect. However, beware that Game Booster might be broken for now. Thanks, Godashram! 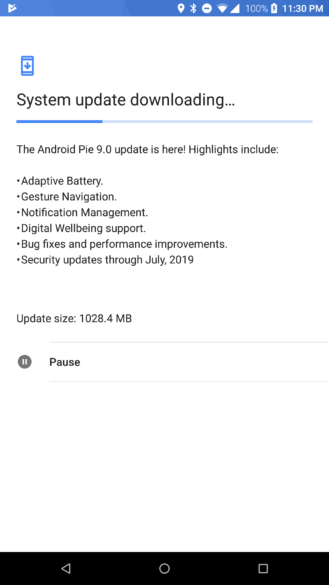