Google was among the first to support wireless charging, but then it dropped the feature during the era of aluminum smartphones. Wireless charging made a comeback with the Pixel 3, but Google's spendy Pixel Stand is the only way to wirelessly fast charge the Pixels. Don't worry, you can pick up the Pixel Stand for a more reasonable price today.

Google still sells the Pixel Stand for a whopping $79 on its store, but some other retailers have started selling it since launch. Over at Amazon and Best Buy, the price of the Pixel stand has dropped by $20 to $59.99. It works with the Pixel 3 and 3 XL for 10W fast charging. Other phones charge at the slower 5W rate. Presumably, Google's upcoming Pixel 4 and 4 XL will also have 10W fast charging on the stand. 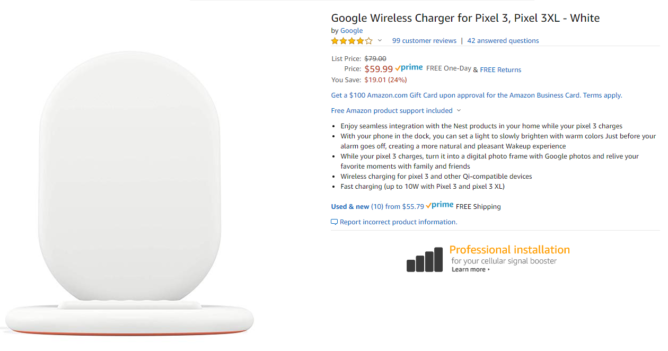 The Pixel Stand not only fast charges your phone; it adds features like photo slideshows, ambient light alarms, and more. You can even configure the phone to have different settings for different Pixel Stands. It's not an essential accessory for Pixel fans, but it's potentially worthwhile at this price.

Magic: The Gathering Companion is a new app in early-access that's useful for creating home ...