The Nokia 9 PureView is definitely one of the most interesting phones of 2019 (so far). Not only is it the first flagship-level phone HMD Global is selling in the United States, but it also has no fewer than five rear cameras. It started out at $699, but it has dropped to $599 a few times, and now you can grab it for just $499.00 — the same price it was on Prime Day.

If you're not familiar with the Nokia 9 PureView, it has a Snapdragon 845 processor, 6GB of RAM, 128GB of internal storage, a 6-inch 1080p OLED screen, a 3320mAh battery, and stock Android 9 Pie. The camera array on the back is the highlight feature, as the mix of 12MP RGB sensors, 12MP monochrome sensors, flashes, and time-of-flight sensors can result in some great pictures. Like most of HMD Global's phones, the PureView only works on GSM networks like AT&T and T-Mobile, and not Verizon or Sprint. 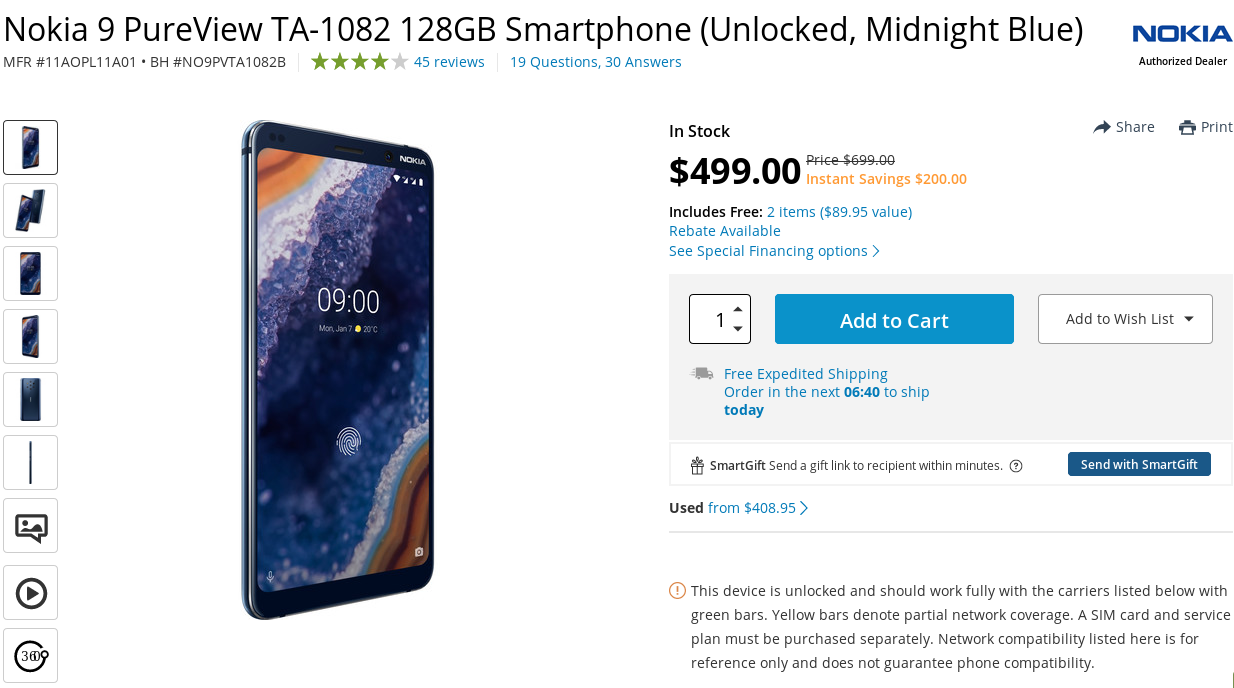 We reviewed the PureView when it was released in March, and found that while the hardware and software were mostly excellent, the camera suffered from sluggish processing and the in-screen fingerprint sensor was terrible. HMD Global has improved improved both aspects with updates, but camera processing is still slower than most other flagship phones. The significant price cut also makes the negatives a bit more palatable.

The phone is on sale from B&H Photo and Best Buy, and both stores have extra incentives. B&H is throwing in a 10,500mAh portable battery from Morphie and three months of Mint Mobile service, while Best Buy will take an additional $50 off when you activate the PureView on a supported carrier.

The PureView has again dropped to $499, and Amazon has joined in this time. The promotions from Best Buy and B&H are back, while Amazon is just including the phone and nothing else.