You can pretty much get a smart anything these days, and while lots of connected products make sense, some can be more concerning. Smart ovens that show a live feed of your roasting turkey on your phone and can be switched off remotely certainly sound like a good idea, to begin with, but not so much when they turn themselves on in the middle of the night and heat up to 400 degrees Fahrenheit.

That's exactly what some June countertop smart ovens have been reportedly doing, according to a story broken by Ashley Carmen of The Verge. At least three owners have complained that their $1,495 ovens have somehow turned on during the night and preheated, with one case of burned potatoes that were left in the oven by mistake. Luckily, no fires have yet been reported as a result.

In response to the incidents, June CEO Matt Van Horn has blamed the owners for accidentally enabling preheating either via the app or with an Alexa command, but it can still be argued that it shouldn't be so easy to do this unintentionally. June later conceded that a change to its app could help avoid further occurrences, and it's in the process of rolling an update out to the iOS app already. The Oven tab will no longer be the default, creating an extra step that should make inadvertent triggering harder to achieve. An update to the Android app is also in the works but will come a little later.

One of the affected users said they used to unplug their oven every night before they went to bed. Perhaps that's still the safest option, but it does make you wonder whether it's worth shelling out so much for a supposed "smart" oven in the first place. For what it's worth, June says it will update its ovens next year so they'll be able to figure out when nothing's inside and turn off after a certain amount of time. That new ability seemingly can't come soon enough. 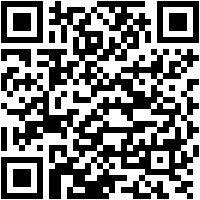