The newly-released trailer above should provide a solid idea of what to expect from the upcoming mobile platformer Witcheye. You'll begin your adventure as a spurned witch that was recently transformed into a flying eyeball by a smarmy knight and wizard. This unscrupulous group has also stolen the witch's spell ingredients. It will be up to you to guide the witch through fifty different levels as you slay enemies, hunt down hidden secrets, and exact revenge on that awful knight and wizard. Mini-bosses as well as fully-fledged bosses are included, which should keep things interesting, and if you find things are too easy, there's going to be a bonus hard mode as well as a speedrun feature.

Currently, there's little word how the title will be monetized on Android, but if you venture on over to the iOS listing, you'll see that it's priced at $2.99. Ideally, this is how much the Android version will cost at launch, though discrepancies happen all the time. What we do know is that the game will land on the Play Store on August 15th, and so far it's looking like it should be a premium release.

If you're big into 2D platformers, or simply love pixel-art games, Witcheye is a title you're going to want to keep an eye on. As we near the official release I'm hoping that more details will come to light, as I'm still left wondering if the game will support physical controllers. While the Play Store description alludes to a unique touchscreen control system, it would be nice to know if you can fall back to something more tactile. I suppose we'll find out soon enough, so stay tuned for further details, should they arise. Witcheye uses a fantastically innovative touchscreen control system that gives players unparalleled control over the hero's...eyeball...on her colourful adventure. Swipe to move and touch to stop, bouncing off of enemies and dodging hazards in six vibrant worlds. Set off on a treacherous journey as a mild-mannered witch who transforms into a flying eyeball of vengeance after a smarmy knight and wizard steal her spell ingredients.

You'll guide her through 50+ levels, each containing something completely unique: tricky new enemies, mysterious new environments, and puzzling new secrets. These elements are brought to life with colourful, clean pixel art and a lively, head-bobbing original soundtrack. Designer Peter Malamud Smith was the co-creator (with Charlie Hoey) of the viral hit The Great Gatsby For NES, and creator of the well-received mobile action puzzlers Satellina and Satellina Zero.

Witcheye launches on the App Store and Google Play August 15 and is available to preorder now on both! 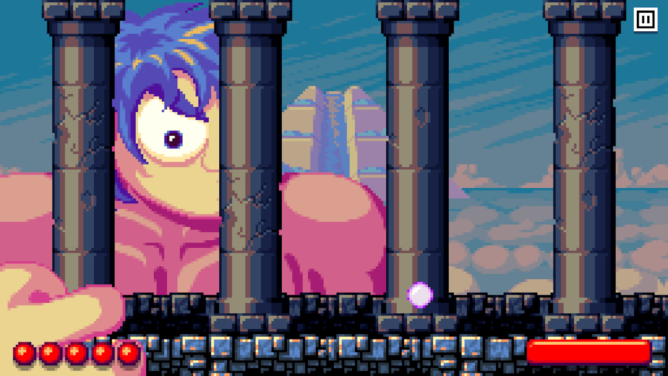 I'm always delighted to see a developer and publisher that can stick to an announced release date, and so as promised, Witcheye is available for purchase on the Google Play Store starting today. You can pick it up for $2.99, and since this is a premium release, there are no advertisements or in-app purchases included. What you see is what you get, and what you get is a quality platforming adventure game that sports charming pixel-based graphics.

North American smartwatch shipments up 38% this year, and Samsung's market share is growing