Even with HTTPS encryption, using public Wi-Fi is an act of faith. You don't know if some bad actor is trying to access your data, and even if most of your connections are obscured, someone could still get a hold on metadata you wouldn't want to share. To combat this, you can set up your own VPN. There are many options available, but if you're looking for a seamless way to surf the web as though you were home, Amplifi might be the way to go. The company has just released the beta version of its Teleport app that allows you to remote into your Amplifi router at home, remaining anonymous on any other network.

Amplifi's portable Teleport Wi-Fi routers offer the same basic functionality, remoting into your home network while traveling. The Teleport app goes a step further and creates a VPN right on your device, allowing you to use it even while you're on a mobile connection. Apart from helping you stay secure while traveling, both methods also allow you to access your native Netflix, Hulu, CBS, etc. while you're abroad. 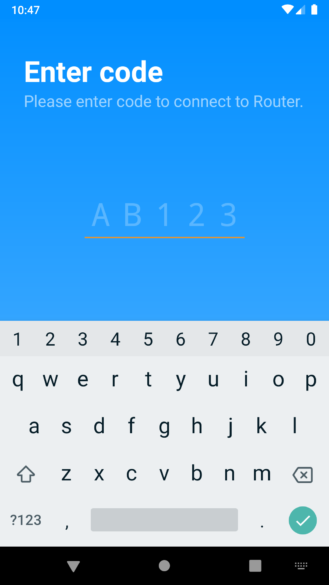 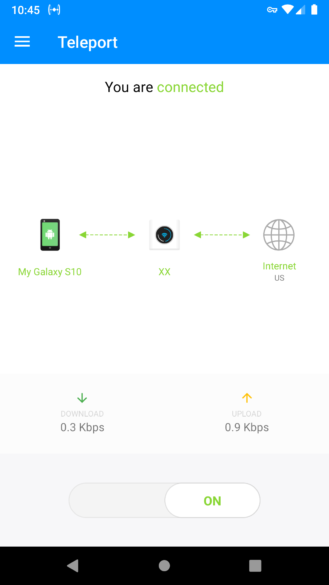 To set up the network on your Android device, you need to generate a code in your home router that serves as a handshake and input it the first time you launch the Teleport app. The interface you're greeted with after is fairly simple. It shows your connectivity status, download and upload speeds, and allows you to turn the VPN on or off.

The application is still under development, so don't expect it to work picture-perfect just yet. If you own an Amplifi router, you can download the app from the Play Store right now. Even though it's early access, you don't need to sign up for the beta.

Apparently, Amplifi's new app isn't ready for a public launch yet. Shortly after we posted this article, the company switched to a non-public beta. You can still use this link to request access to the application, but be aware that Amplifi has to approve each request. This might also be the reason why some of our commenters pointed out that they couldn't connect the app to their router – it probably needs beta software, too.

Ubiquiti Labs just announced that all of its AmpliFi mesh networks will receive a free update today to enable the secure VPN access functionality required for the Teleport app to work. The app is also now official and available for all users on the Play Store. 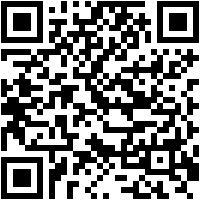