Since December, Google Maps started displaying Lime scooters and bikes when looking for public transit directions. The feature has then been extended to 80 cities in March, making it easier for locals and tourists alike to see what option is faster to get to their destination. Google and Lime have partnered to integrate the company's rides more deeply with Maps, as the latter is now shown in the walking and cycling tabs, in addition to the transit one.

The integration is more visible when checking bike directions, as Lime now appears as a dedicated tab at the bottom of the screen. The card displays the overall travel time and distance to your destination, as well as the walking duration to the vehicle, whether it's a scooter or a bike, its battery range, and a price estimate.

Things are a little more subtle in walking directions, as an alternate itinerary using Lime is shown directly on the map in grey. Tapping it will bring up a similar card showing the same information as with biking directions.

No matter the mode you're using, tapping the Lime directions will show nearby scooters and bikes on the map, so it's easy to identify other ones in case you're riding with other people or the vehicle Maps suggested is out of order. Lastly, although Lime is integrated with Maps, the latter will direct you to their app to unlock the vehicle, or to the Play Store if you haven't installed it on your phone.

The feature is already available on Android and should be coming to iOS in the next few weeks. 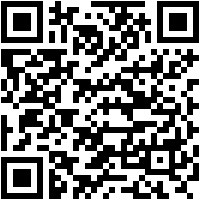 Chessplode modernizes chess for mobile with exploding pieces, and it's surprisingly fun