A few days ago, we told you about one big improvement with Google's reminders, which now finally use unbundled notifications and let you act on each one separately. Part of that article also showed off a new interface for reminders, which looks more in line with Google's recent Material Design approach. However, there are a few other aspects in that interface that we didn't delve into, chief among them is the fact that Google's reminders now require Assistant and won't work without it.

First, let's take a quick look at the new interface. It uses larger, bolder fonts and puts checkboxes next to each reminder instead of requiring a hidden swipe gesture. The separation between time, place, and completed reminders is also different — it uses white space instead of a grey divider — and the floating button to add a new reminder goes from blue to Google's new four-color plus sign. Finally, there are new icons for time, place, and recurrent reminders, and a big red indicator for overdue ones. Thanks, Paul Quinn! 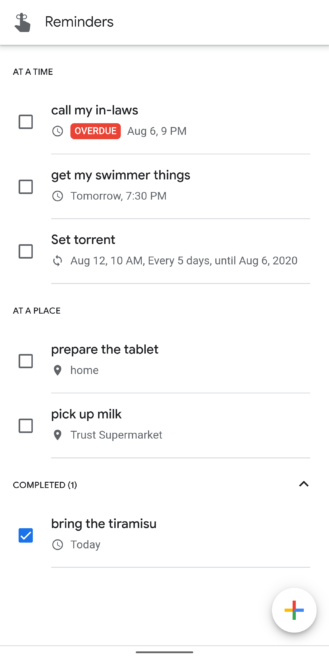 No Google Assistant, no reminders

However, the most significant difference is that reminders now pass through Assistant. Previously, adding or editing one was done through the Google app and it worked even if you had disabled Assistant or if your device was set to a language in which Google's virtual helper isn't even available.

Now, tapping to add or edit a reminder takes you straight to Assistant. If you've disabled it on your phone, you get this overlay that asks you to turn it on. You can't do anything until you submit to Google's will. 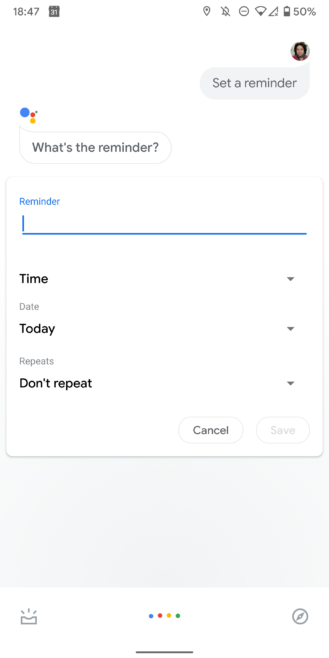 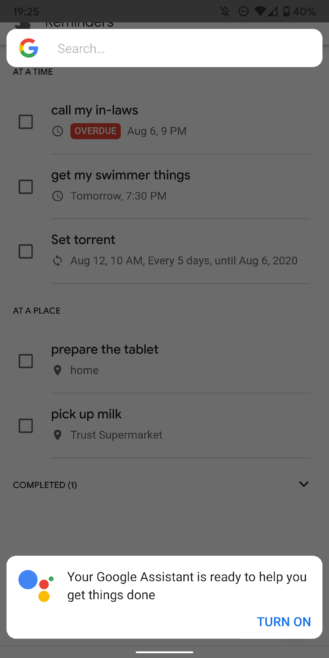 More importantly, if your phone is set to a language/region in which Assistant isn't available, like Arabic (Lebanon) for example, Reminders completely disappear from the Google app, so you can't even open or see them. So no Assistant equals no reminders. 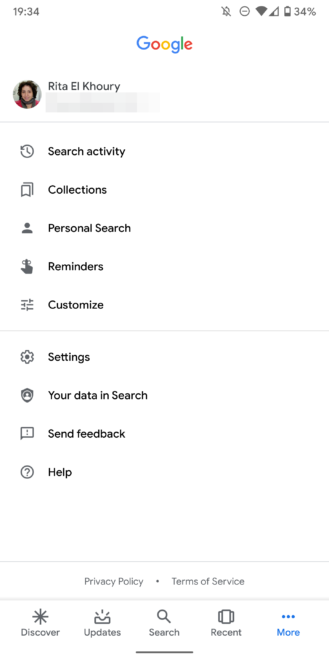 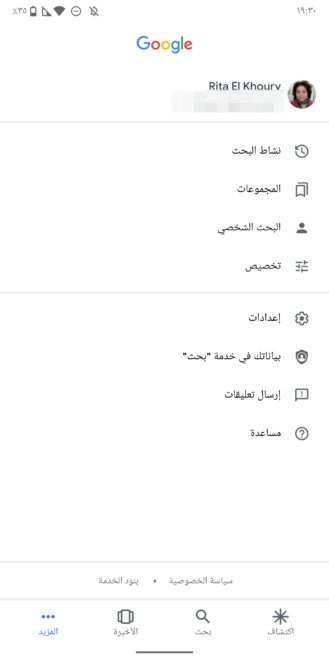 One other less desirable change affects place reminders. Previously, the interface to add or edit a reminder had a selector for Place, which let you quickly specify your home, work, or other addresses.

More finicky is how you can edit the location of a reminder. You tap to edit it but get no drop-downs for the location, not even a suggestion bubble. But saying "change the location" works there, so you can then associate another place to it. 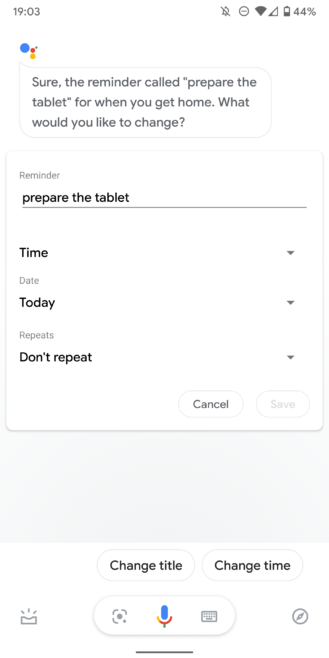 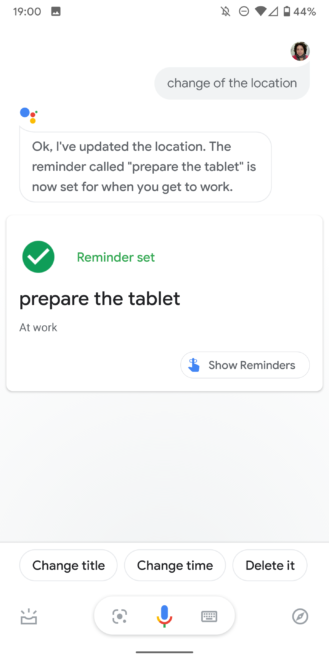 Move tasks from done to ongoing

The one benefit I found in this new interface, beside its prettier looks and unbundled notifications, is that you can finally mark done tasks as incomplete. The only option before was to delete them, so if you wanted to move a task back to the ongoing pile, you had to create a new one. That was very annoying if you completed it by mistake. Now, you simply uncheck the box and it jumps up to the current reminders.

Left: You could only delete completed tasks before. Right: Now you can uncheck them.

This new interface for reminders appears to be rolling out server-side. Some of us had it then it disappeared and rolled back to the other UI, others like me still have it now. It's difficult to tell when Google will make it final, but if you use reminders and don't have Assistant enabled on your phone, you should be ready for the functionality to stop working soon for you.

Google reached out to us to clarify that this change is only affecting reminders in English, though that doesn't seem to be the case in my experience. With both my phone's and Assistant's language switched to French (France), I still get the new interface and am pushed to Assistant when adding a new reminder. And with my phone set to Arabic, I don't even see the reminders menu in the Google app, as shown in the screenshots above. However, according to the same spokesperson, the place reminders will have their own interface soon, so that aspect should be brought up to par.

We've unveiled a new user interface on Assistant on Android for creating reminders in English. Assistant reminders will continue to function via traditional interface on mobile as usual across all other languages. Users can also continue to create location-based reminders through voice, and we'll soon add location selection UI when tapping or editing a reminder.

LinkedIn is reportedly preparing a dark mode for its app