Sony's WH-1000XM3 over-ear headphones have been lauded for their audio fidelity and noise cancellation since they launched, but not everyone wants to devote so much space in their bag to headphones. Enter, the WF-1000XM3, a set of true wireless earbuds that promise a high-quality audio experience with active noise cancelation. The WF-1000XM3s are bulkier than most other true wireless earbuds, but you get something for that extra mass. These earbuds offer superb sound and effective noise cancellation almost on par with Sony's full-sized headphones. They're spendy at $230, but this is one of those times you get what you pay for.

The Sony WF-1000XM3 earbuds aren't what I would call understated. With some true wireless devices like Earin and the Galaxy Buds, people might not even notice you're wearing them. The Sony WF-1000XM3s consist of the "earbud" part that nestles in your ear and a large paddle-like section that sits outside your ear containing status LEDs and microphones. Despite the large footprint, the earbuds are surprisingly light—just 8.5g each. Your comfort will depend on the shape of your ear, of course, I was able to wear the Sony WF-1000XM3 for several hours without any noticeable discomfort. 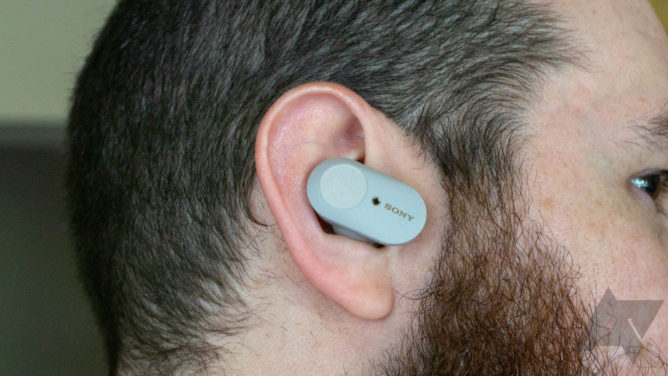 Each earbud has a large touch-sensitive button toward the top of the external section. Some people despise touch buttons on earbuds because they're easy to trigger accidentally and hard to find by touch. I don't mind touch buttons, and in the case of the Sony WF-1000XM3, I don't think you will, either. There's plenty of space to grab the earbuds to remove or adjust them without touching the button. Plus, the earbuds have sensors to detect when they're in your ear. So, take one out, and the music pauses. They also support Google Assistant, but you have to change the controls to access it. 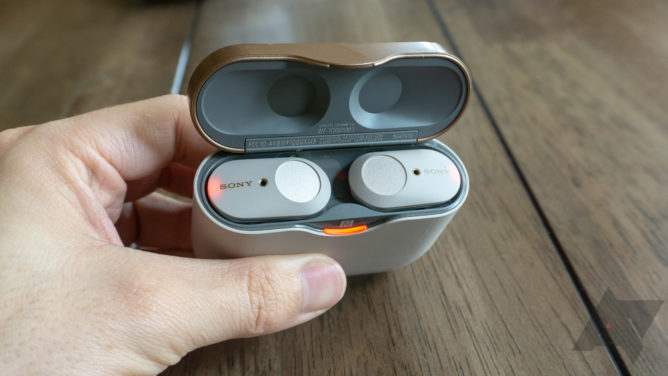 The earbuds are easy to drop into the case, and the flat outer section makes them easy to pull back out despite the magnets that hold them in place for charging. Sony claims six hours of use per charge with noise cancellation enabled and eight hours without. I managed around five hours with noise cancellation, which I'd consider very good even if it doesn't match Sony's specs. The case has a further three charges, and the earbuds charge quickly. About ten minutes in the case, and you'll get over an hour of listening. There's a USB Type-C port on the bottom for charging, which is a relief. Too many accessories still use microUSB. My only qualm about the case is that it's huge. You won't forget you have the WF-1000XM3 floating around in your pocket. 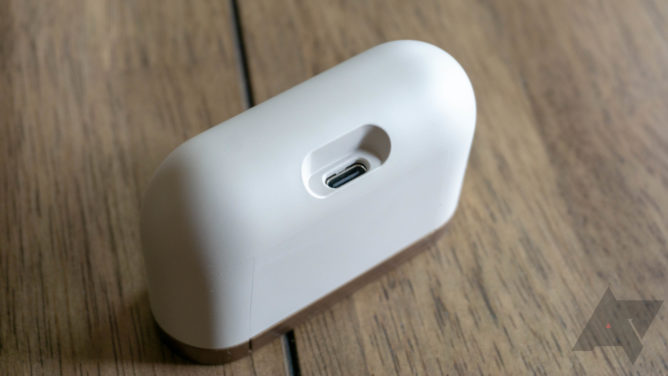 Unlike a lot of true wireless earbuds, the WF-1000XM3s are not IP-rated or even sweat-resistant. It would be a real bummer if you broke your expensive new earbuds by getting them a little wet, but I'm not too concerned. I've used these at the gym a few times, and a little sweat doesn't seem to cause problems.

The box contains an ample supply of eartips, but not much else. You get the earbuds, case, a USB-C cable, and a total of seven eartip sets. Those come in either smooth silicone or a soft-touch plastic material.

The WF-1000XM3s offer incredible audio—you'd be hard-pressed to find any true wireless earbuds that sound better. The highs and mids are crystal clear, and the bass sounds slightly strengthened but not overwhelming. Everything sounds balanced and rich, and there's no muddiness or distortion, even at high volume like you get with some cheaper earbuds. Phone calls work well thanks to the external microphones needed for noise cancellation. The other party can usually tell you're using a headset, but no one had trouble understanding me.

The active noise cancellation is what makes these earbuds notable, and they don't disappoint. They do an amazing job of filtering out background noise, and there's no clipping as you move around like there is with some other noise-canceling headphones. The WF-1000XM3s aren't quite as capable as the Sony over-ear headphones—I noticed people don't have to get as close before I can hear them, but it's still better than other true wireless earbuds. I adore that Sony brought over the Quick Attention feature from the over-ear headphones. Just press and hold the left touchpad to let in sound from the outside world; it saves you from pulling out an earbud for quick conversations. Another bonus: Sony's headphone app lets you adjust how much ambient sound you want to allow through the filter.

I was a bit concerned to see these earbuds don't have aptX or LDAC support like the over-ear WH-1000XM3. Instead, you get AAC and DSEE HX, the latter of which is an up-converting technology that doesn't work if you use an EQ setting. AptX is important for keeping latency down, but Android Bluetooth quality is all over the map. Some phones do just fine on AAC and others may exhibit audio-video lag. I tested the WF-1000XM3s with Pixel, OnePlus, and Samsung phones. None of them had substantial audio lag, but your mileage may vary.

Bluetooth is often fiddly and unreliable across a range of devices, but the WF-1000XM3 seems above average in this department. The Pixel 3 is notoriously mediocre when it comes to BT connectivity, but the WF-1000XM3 exhibited minimal distortion during physical activity. I detected no Bluetooth problems with other phones. Sony does offer an option in its app to prioritize audio quality over quality if you have issues. Unfortunately, I can't get the earbuds to work independently. Sony says this should work, so I'm trying to track down the issue.

Yes, if you want the best and don't mind paying for it. The WF-1000XM3s cost a hefty $230, but you really do get what you pay for. The audio quality is excellent, and noise cancellation is the best you can hope for in a true wireless form factor. Battery life, charging speed, and connectivity are also great. And props to Sony for using USB Type-C even on accessories. If your phone charges with Type-C (as most now do) you won't need to bring another cable to charge your earbuds.

I wish these earbuds had aptX and LDAC, but performance doesn't seem to suffer on the devices I've tested. That said, AAC doesn't play nicely with all Android phones. DSEE HX is supposed to improve audio quality, but it doesn't seem to make a major difference. You might as well use an EQ, which disables DSEE HX. 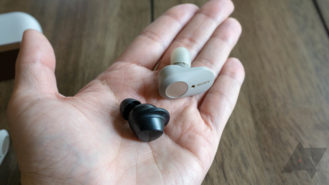 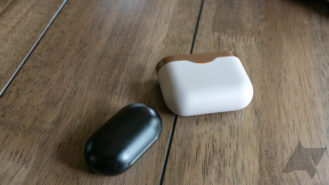 Compared to the Galaxy Buds.

The earbuds are well-designed and attractive, but they're not exactly understated. Everyone will see these sticking out of your ears, and the charging case is chunky, too. Still, there are plenty of tiny true wireless earbuds that only last half as long on a charge and sound terrible. The Sony WF-1000XM3 earbuds are as close as you can get to a no-compromise true wireless experience right now. 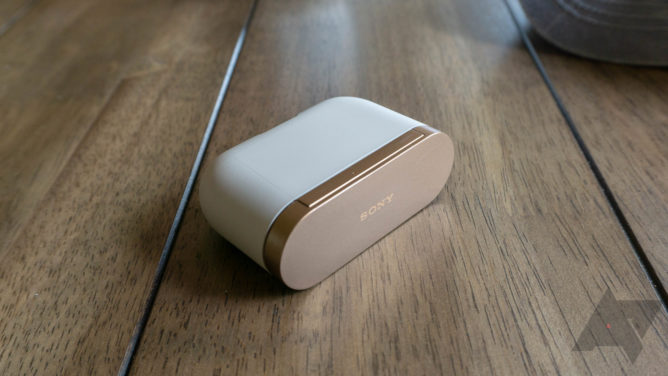