If you're in the position where the biggest phone is the better phone for you, the Galaxy Note10+ will hit that mark for you — it's got a bigger screen with more pixels and it has a bigger battery than the normal Note. But if you really want to take advantage of the fastest rates you can get for your plus-sized phablet, you'll need to ditch the wall wart in the box and buy another one. Don't worry, we'll explain why and help you out.

Both the Note10 and Note10+ share the same charger and it's big step up from what pretty much every other Samsung phone has been able to do. The block can pull 25 watts, which is a whole 10 watts better than Samsung's previous Fast Adaptive charging technology... which is itself based on Qualcomm's Quick Charge 2.0, a standard that came out some 6 years ago. All in all, you're getting 40% more power during any time you have your Note10 plugged in.

But here's the drift: while the Note10 can support rates of up to 25 watts, the Note10+ can go up to 45 watts — perhaps due to its larger size which can help distribute the heat generated while charging. These speeds are allowed on products that comply with the latest revisions to the USB Power Delivery standard — in this case, the device outputting the charge and the device taking in the charge must be able to do so at a 15-volt potential and a current of 3 amperes.

So, if you want to play with some real power on your Note10+, you should look out for a charger that supports USB-PD revision 3 or see if it can support 15V/3A rates. We typically recommend Nekteck chargers for things like this — we've found its cables and chargers to deliver on their promised rates and are generally built well enough to handle more than your average wear and tear. 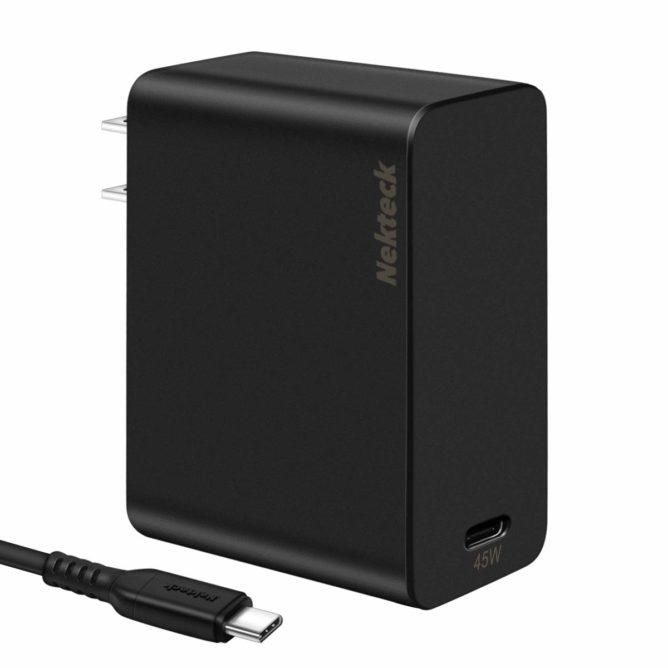 We've been alerted to several posts indicating that even chargers compatible with Power Delivery rev. 3 do not supply the Galaxy Note10+ with its maximum billed input rate of 45W.

I have this charger, but it does not support the PPS (USB PD 3.0) standard.

The one thing getting in the way here, according to Chinese tech blogger Ice Universe, is whether your charger supports Programmable Power Supply or PPS — this allows the charger to output variable voltage instead of the typical fixed levels of 5V, 9V, 15V, and so on. The thing is that chargers can be PD3.0-compliant, but opt to use fixed voltages instead of utilizing PPS.

We found another blogger on Samsung China's forums testing the Note10+ out. Here's a transliteral excerpt of their findings, edited for clarity:

Unexpectedly, the Galaxy Note10+ has soared to the power level of the first echelon and the theoretical peak power is as high as 45W. The PD3.0 standard is still used, but the voltage and current are special: 10V/4.5A. The Galaxy Note10+ does not come with a 45W adapter

I also used third-party adapters with the Note10+ hoping to trigger its super-fast charging, but ultimately failed. Due to speciality of voltage and current (the general PPS adapter does not have 10V), the current of 4.5A will have certain requirements for the adapter and the wire, and the power is indeed a bit high.

After continuous trials, I found that when using ASUS ROG Phone's adapter, I was able to break through the 25W "ceiling," and get close to 27W.

It's advised that you buy Samsung's own $50 45W charger for now. If you're going third-party later on, make sure you find one that supports Power Delivery rev. 3 and PPS.

We're going to keep an eye out on what's going on with the charging situation and whether this can be chalked up to a regional difference or something else.

[Update: Now on all Assistant speakers and displays] Google Home will finally control your ...

Google Docs gets new fonts to improve reading speed, so now everyone can reject your screenplay ...