LG had this bad streak last year in trying to spin the V30 ThinQ in as many different variants as possible. One of them was the V35 ThinQ, originally a $900 AT&T exclusive before it eventually hopped over to Amazon as a Prime Exclusive. If you, a Prime member, happen to desire a V35 for some reason, Amazon's gotten into some tempting as the phone is on a big discount right now.

The simple stats on this phablet include a 6-inch QHD OLED display (with none of the notch nonsense), 6GB of RAM, 64GB of storage, dual 16MP cameras at the back — one of them has a super-wide angle lens — wireless charging, MIL-STD 810G compliance, and a Quad DAC system for line-in lovers, all on top of a Qualcomm Snapdraogn 845. You should also be able to access an Android 9 Pie update from first boot.

It's what you would consider as average fare these days, if not just a little bit under. As with all Prime Exclusive phones, Alexa is pre-installed complete with wake-up word access anytime as well as other Amazon apps such as Amazon Photos and Prime Video. 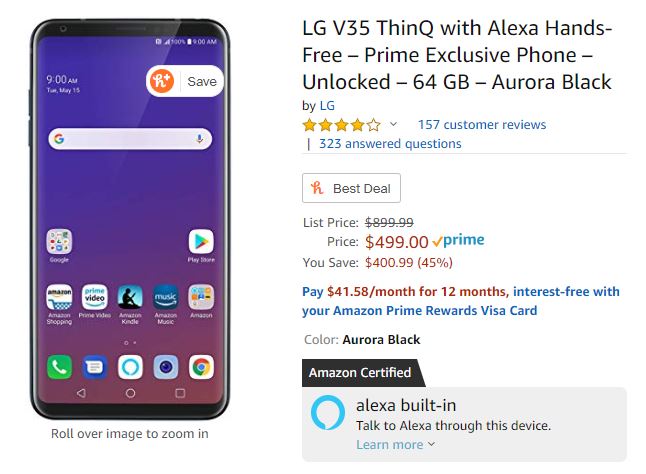 The V35 has been as low as $530, but has a default Prime Exclusive price of $650. However, we're pleased to say that it has now dipped to a new low of $499, a savings of $151. We don't have much of an idea of how long this price will last, so think your options through wisely and quickly.

This deal has been sweetened further by an additional $100 off: the Prime Exclusive LG V35 is now $399, another new low. 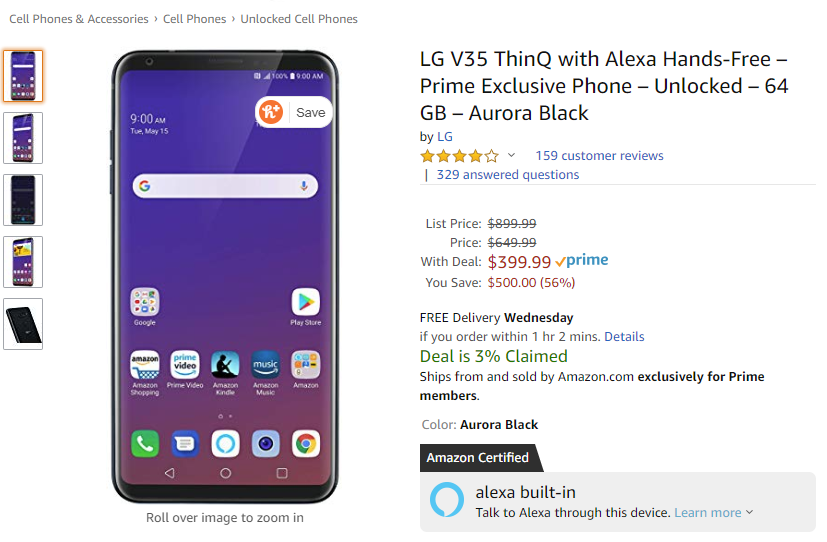 Heads up: Play Services 18.3.82 has a battery drain problem