Google doesn't pride the Pixel phones on being spec-forward, at least in terms of superlatives, but when it comes to digging up more tidbits on what the Pixel 4 and 4 XL have, those numbers and details do help us set the table for what to expect. Now, we're learning more about some key upgrades (and downgrades) to the battery, display, RAM, and cameras on the future phones.

The details, which come from a source reporting to 9to5Google, will likely bring some relief to the suspense about what exactly that "stove" in the back holds and to concern about the lack of memory being allotted to Pixels.

The Pixel 4 is said to come with a 5.7" 1080p+ display and a 2,800mAh battery — the screen's slightly larger than the Pixel 3, but the battery's slightly smaller. The Pixel 4 XL scales up to a 6.3" 1440p+ panel and a 3,700mAh cell — no change from the Pixel 3 XL's screen, but a good 8% bump in the power department. Those OLED screens will be branded as "Smooth Display" as they're said to have a maximum refresh rate of 90Hz — bringing the Pixels in line with the OnePlus 7 Pro, though not as rapid as the 120Hz found on the ASUS ROG Phone 2 and the Razer Phones. Of course, combining quicker refreshes with the Pixel 4's smaller battery might not lead to the best results, but we're waiting to see.

In addition to a 12MP selfie camera and a similar sensor on the rear, it's said that a 16MP telephoto camera will also be on that weird-looking back side. (Update: Although 9to5 has yet to issue its own correction, the author of the original claim has since refuted this detail. The phone will instead have "DSLR software features for the camera app.") 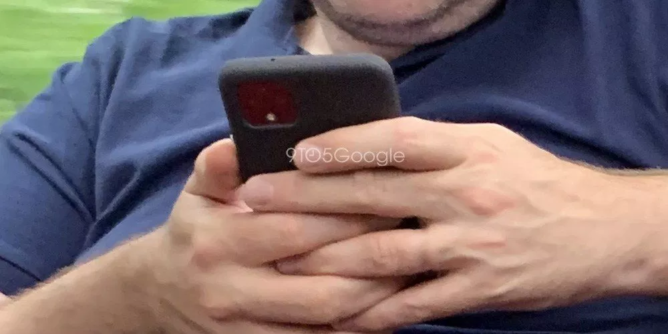 After years of settling with 4GB of RAM, Google has opted to bump it up to 6GB for both phones this time around. It'll be tied with the Qualcomm Snapdragon 855, the Titan M secure enclave, and the usual 64GB and 128GB storage options.

The company is said to be continuing the three-year OS update pledge and will also apparently debut new features to Google Assistant exclusive to the Pixel 4 and 4 XL.

You can see all the developments posted so far for these phones with our story tracker right here. Expect Google to officially announce the Pixel 4 and 4 XL in October.

No 'DSLR-like attachment' as originally claimed

Although 9to5Google has yet to issue a formal correction in its own coverage, in a podcast last week 9to5's Stephen Hall noted that his earlier claim that "Google is developing a DSLR-like attachment for the Pixel that may become an available accessory" is incorrect. His tipster reached out to explain that Google is actually just planning "DSLR software features for the camera app," which is quite a different thing from dedicated, multi-lens, detachable hardware.