The latest Google Maps update to version 10.22.1 brings a new navigation interface. Although at first glance it only seems like a visual update, there's also a functional improvement: you can now tap to see upcoming steps and turns in your drive.

Instead of the edge-to-edge green banner on top that shows the next step, there's now a darker green floating rectangle with rounded corners. The font is also changed, though I'm not a huge fan. It's still way too big and looks a little cramped in some instances, but maybe that's better for readability when driving. 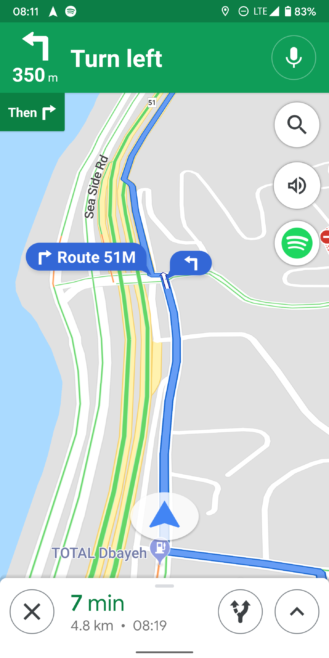 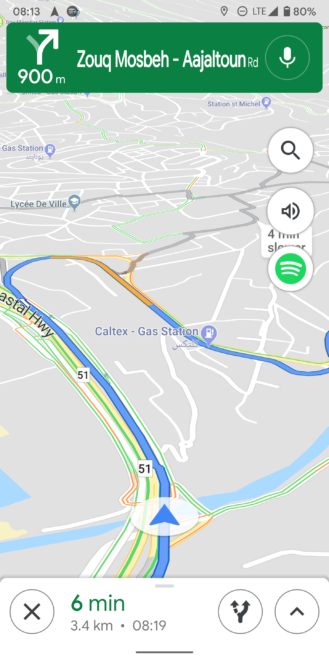 Tapping the green banner didn't do anything before, but now it expands to show one or two upcoming turns or steps. There's also a more user-friendly "Show routes" button. It's a duplicate of the button you find in the bottom white bar while navigating, but the labeling helps in knowing what it does. 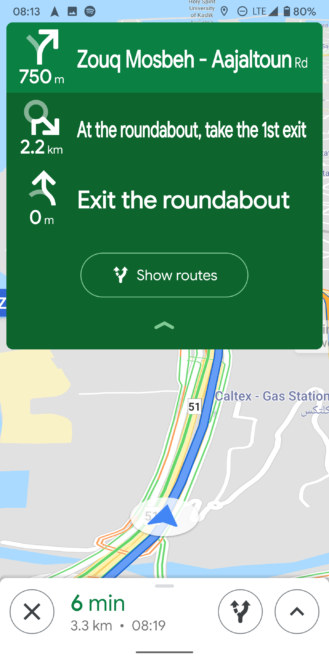 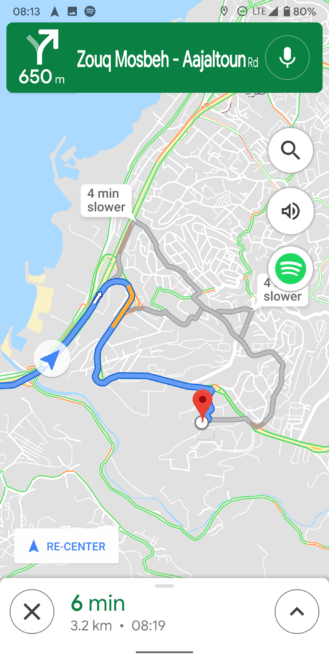 To get this new interface, you need to be running version 10.22.1 of Maps, which is available on the Play Store as well as APK Mirror.