As the company widely credited for inventing the Big Phone, Samsung has enjoyed years of dominance with its Galaxy Note line. But in 2019, the Note faces stiff competition from all sides: Apple, Huawei, OnePlus, and a growing cohort of Chinese phone manufacturers are all making big, powerful smartphones, and some of them are very, very good. Last week, I spent a morning with Samsung's newest take on its supersized smartphone formula, the Galaxy Note10 and Note10+.

A new Note in a new size 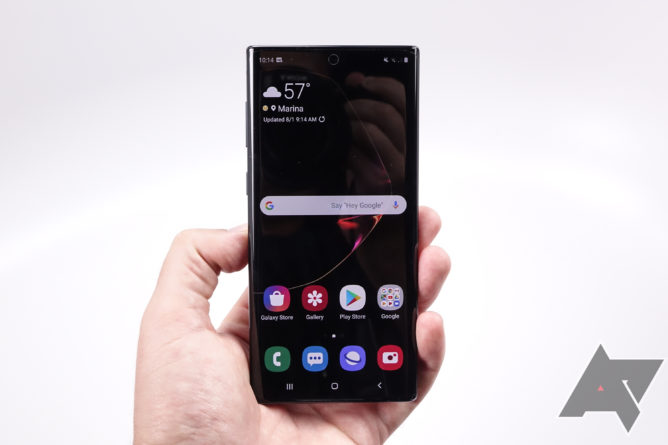 The biggest change for the Note in 2019 is the addition of a second Note model. This year, Samsung will offer its big smartphone in two sizes: really big, and less big. You'd be forgiven for thinking the "small" Note10 is the 'regular' Note and the "big" Note10+ a new super-sized variant. In fact, the $1100 Galaxy Note 10+ is far closer dimensionally to its predecessors, the Note8 and Note9, meaning it is the "regular" Note of the two. The $950 Note10 is smaller than even a Google Pixel 3 XL, and far closer in size to a standard Galaxy S10 (not even the S10+).

The more I considered this, the more confusing it became to me.

At first, I was intrigued by the small Note. A big phone, but smaller? Practical! But now, I'm struggling to justify its existence. Samsung believes there's an audience that wants a Note-brand device in a more "normal" smartphone size. And that's because they want... a stylus? I'm really not sure what the play here is. In order to create this scaled down Note, Samsung's had to make compromises I wouldn't call inconsequential. The battery is a full 800mAh smaller in the Note10 versus the Note10+, there's no microSD slot, and the Note10 doesn't support the same charging speeds as the 10+. While it still gets 25W fast wired charging and 12W wireless charging, the battery on this phone took a serious downsizing in order to make room for the S Pen and new triple rear camera array, and I'm not optimistic about that. 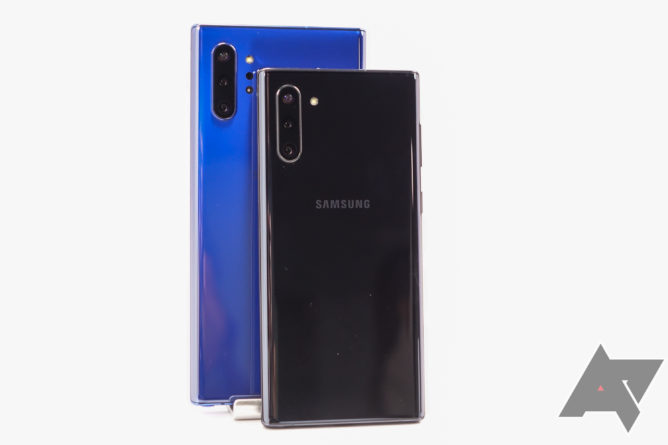 The Note10 is considerably smaller than the Note10+, and is actually fairly close to a Galaxy S10 in size.

It also doesn't lend itself to favorable comparisons. Earlier this year, Samsung launched the Galaxy S10 with a screen diagonal around 0.2" smaller than the Note10, with a 3400mAh battery. The Note10 adds 0.2" of screen but only boosts the battery by 100mAh, to 3500mAh. The Galaxy S10 does not have great battery life—it's mediocre at best—and it shares the same processor and OS as the new Note. This doesn't look like a recipe for success, especially with an asking price of $950. You can get a Galaxy S10 for hundreds of dollars less than that. You can even get an S10+, which bridges the Note10 and Note10+ for size, for hundreds less. They even have headphone jacks.

In short, the small Note10 really only makes sense to Note-diehards looking to downsize... which is extremely counter-intuitive given the Note has always been about being big. Then again, maybe Samsung knows something about its customers that I don't. It still seems like too little phone for too much money. 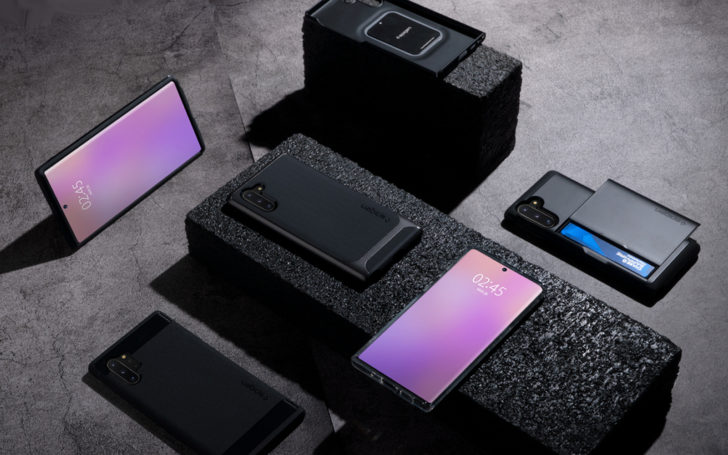 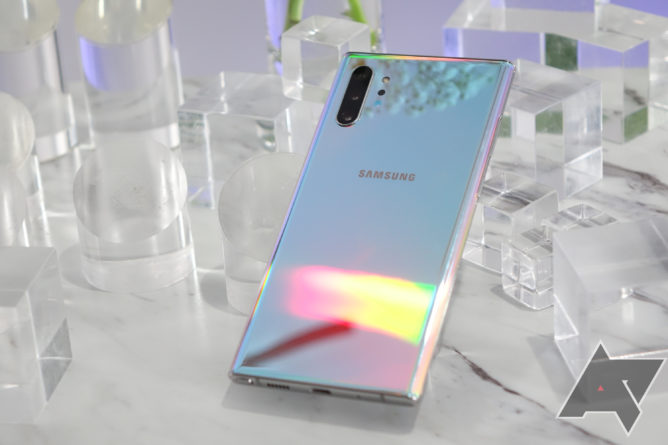 This leaves us with the Note10+ to dissect, and while my time with the phone was limited, I didn't come away feeling like I'd have a ton more to learn about it. Samsung's software on the new Notes is basically identical to that on the S10 line. Sure, you've got some new token features for the S Pen: you can wave it around in the air to control camera functions (like switching from front to rear), as opposed to just being a shutter button. That's because the new S Pen has an accelerometer and gyroscope, which is cool, I guess. But this feels like another one of Samsung's for-the-sake-of-it features most owners will never realize is even there. 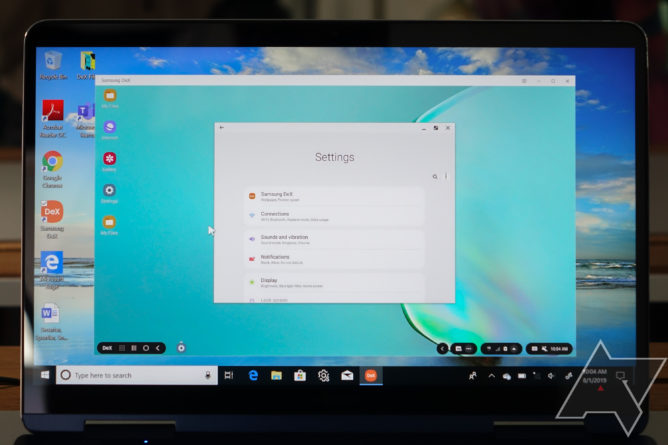 DeX can now run inside Windows or Mac OS as a window using just a USB-C cable to your Note10 - still no wireless version.

In terms of new features you might actually use, you'll be able to link your Note10 to your Windows PC wirelessly. You can receive notifications, reply to texts from the stock SMS app, and view recently-taken photos with the new Link to Windows feature. Samsung didn't have a working demo for us, but aside from the aforementioned features, you'll also be able to mirror your phone's screen to your laptop, which is pretty neat. Hopefully this gets backported to the Galaxy S10, as Link to Windows does sound legitimately handy. Samsung also briefly mentioned a local PC-to-phone game streaming app, but it won't launch with the phone, just a nebulous "later." Given Steam Link is out of beta, I'm not sure what kind of compelling extra functionality Samsung's homegrown take could bring to the table here. Finally, DeX is getting a long-needed upgrade allowing it work over a simple USB-C cable with Windows and Mac OS, living inside a window (so you can have an OS inside your OS, dawg). 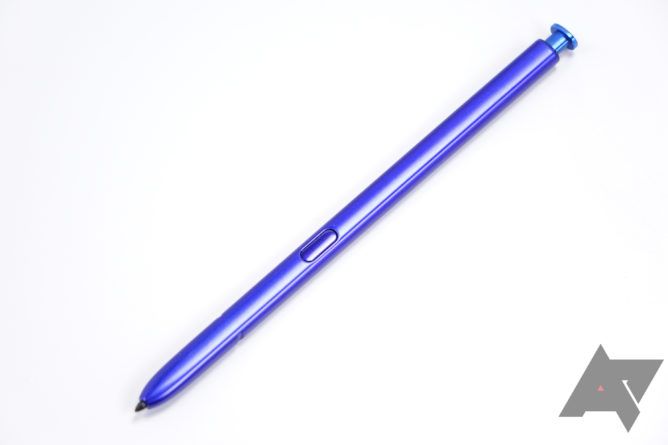 The S Pen gets an accelerometer and gyroscope for 2019, helping operate basic camera controls via gesture.

But what about the specs? That's where the Note is supposed to shine, and in most ways, it does deliver. The 6.8" Quad HD OLED display will no doubt win very high praise, and to my eyes, it looks great. Samsung does screens like no one else. The O-hole cutout for the camera is going to be polarizing, as all display cutouts all polarizing. I can't say I was bothered by it. The large 4300mAh battery is respectable, and bests capacity among similar phones from Huawei and OnePlus—hopefully indicating good run times. 45 Watt fast charging is definitely a plus (though you'll have to buy a 45W charger separately), and I'll be eager to test it out with 3rd-party USB-PD chargers. 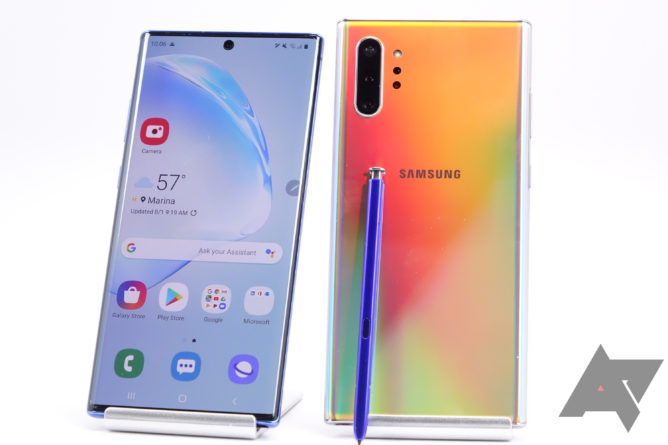 Internally, you've got the same Snapdragon 855 chip found in every high-end phone with this year, though Samsung has paired it with a staggering 12GB of RAM for maximum bragging rights. Storage will be 256GB or 512GB ($1200) for the Note10+, which is more than enough, and can be expanded via the microSD slot its smaller counterpart lacks.

Samsung's large S-line phone brings most of its annual innovation to the table. The Note increasingly feels like it's getting the scraps.

And, that's really it. Sure, there are some other minor changes: the rear telephoto camera appears to be new (thankfully, as the S10's is terrible), and I'll be testing it out when I receive our review unit later this month. There's also a Time-of-Flight depth-sensing camera on the rear, but Samsung told us it's just used for AR features—in other words, as a novelty.

If you're having a bit of "that's it?" feeling after reading this, I'm right there with you. It's gotten to the point where Samsung's large S-line phone brings most of its annual innovation to the table. The Note increasingly feels like it's getting the scraps. Certainly, there are improvements, but they're decidedly incremental. Maybe I'll feel better after spending some real quality time with the Note10+—maybe it needs to be fully experienced to be understood. But right now, I see another (very expensive) big phone in a world increasingly filled with big phones. It's going to take more than a nip-and-tuck to stand out. 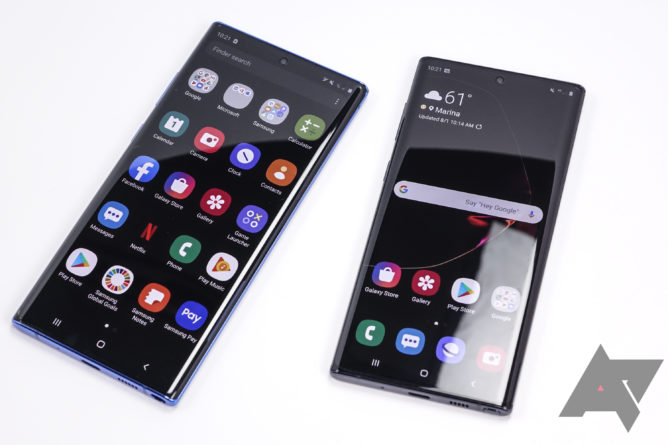