Today at Barclay Center in Brooklyn, Samsung unveiled its biggest Galaxy Note family ever — in terms of sheer phone size and variety of models. There were new features to be demonstrated, new designs to show off, and all the pomp and circumstance befitting the announcement of devices of this caliber. Yet for all Samsung's efforts, this still feels like a half-hearted retread of last year's launch. What is it so hard to make these new Notes exciting?

When the very first Galaxy Note debuted, we met a handset born of a simple vision: smartphone meets stylus. And in an era where smartphone text entry was more luck than skill, an easy-to-use, precise stylus like Samsung's made a lot of sense. While that S Pen stylus has never gone away, the Note itself evolved to fill its role as a power-user handset, giving us our first taste of features that would eventually make their way to other devices.

The Note was the bleeding edge — it was the phone that looked over all the latest tech, said "yes, please," and just shoved it all in: a big phone full of big features for demanding users. But while it's still very much a flagship, the decision to pick up the latest Note isn't nearly as obvious as it once was. 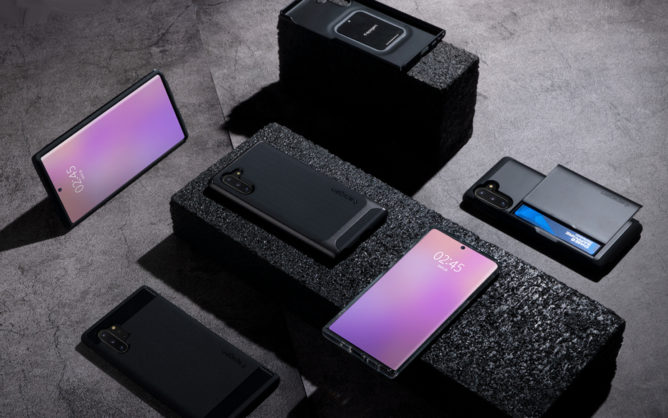 Samsung itself doesn't seem quite as excited about the Note10 as it has towards past models, and that shown through with today's announcement. While the Note9 Unpacked event was full of lively on-stage demos of the then-newly Bluetooth S Pen or of dockless Dex, Samsung literally phoned it in for the Note10, instead cutting away to remote demos that might as well have been pre-recorded.

And there's good reason for a little distance there. The S Pen picking up power was big news, and even giving it motion controls this year is a decent upgrade, but in-air AR sketching? Far from the best demo, especially considering we've already seen this done without needing any extra hardware. Availability of the SDK may lead to more impressive demos soon, but for now Samsung's in a  place where potential has outpaced current-day possibilities.

Introducing the Watch Active 2 and the Tab S6 in the days leading up to Unpacked may have been meant to build up some Samsung buzz, but instead it's just putting more focus on the Note10 phones themselves — and I'm not sure that the best idea. 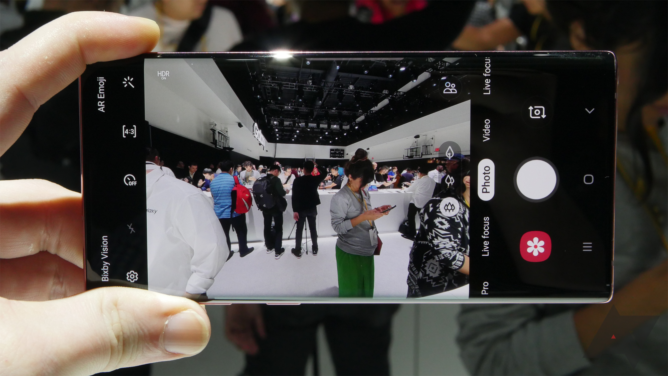 Samsung's never been afraid to differentiate its flagship offerings, giving shoppers options like the Note Edge. But this year's something very different, as the manufacturer is formally embracing the idea of multiple Note sizes — and that's to say nothing of the 5G model. Like we talked about in our hands-on, though, this creates a weird position where the Note10+ is clearly established in the top spot, but the smaller Note10 finds itself in an increasingly hard-to-recommend position between the 10+ and Samsung's Galaxy S10 family.

With the Note10, Samsung has muddied the Note's identity.

Especially for users who returned to the Note series time and again over the years, they have certain expectations for the hardware: big, fast, and powerful. Now that the 10+ is the heavyweight contender, and the S10 models are so much more affordable (and that's extra double-true this year with the premiere of the budget-friendly S10e option), why does the Note10 even exist? Who is that one user who likes the S Pen, doesn't care about microSD, hates wired headphones, and longs for the days of smaller, more pocket-friendly phones? That dude's going to have no problem picking up a Note10 as all his friends line up for the 10+.

It's not that any of those individual opinions that drive purchasing decisions are wrong; it's just that they no longer clearly align with the role of the Galaxy Note in Samsung's stable.

The timing for 5G is also not great for Samsung; it would have made a lot of sense to make the Note10 5G from the ground up — a fate that would seem only befitting the phone series Samsung turns to when experimenting with the latest technology. And while the Note10 5G does look like it has the potential to be the biggest mass-market 5G phone to date, the Galaxy S family already beat it to the punch. That's just another little detail that makes today's Note10 event less exciting than it might have been. 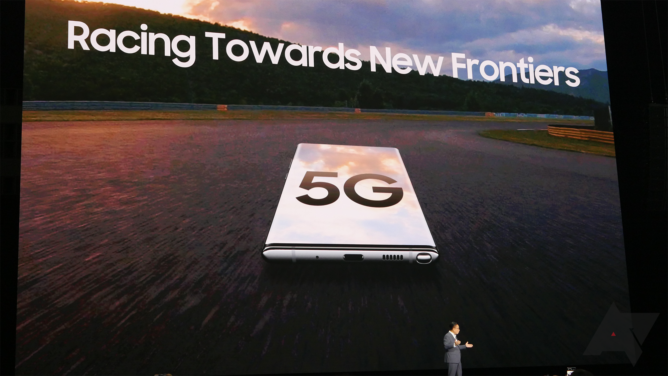 Samsung's still the biggest Android name around, especially in markets like the US. But while its share remains huge, growth has been slowing, and that spells opportunities for its competition. While we're not expecting a lot of high-profile phones to debut at IFA this year, the hype around Google's next Pixel is bigger than ever.

Those phones may have started as just the latest incarnation of the Nexus line, complete with early access to Android software, but have seriously been coming into their own as high-end, desirable smartphones. And this past summer, during what should have been the Note10's time to dominate the rumor cycle, Google dropped an unprecedented official Pixel 4 teaser.

When you also consider a presumptive OnePlus 7T in the works, betting on the Note10 now does not seem like the smartest move.

Consumer apathy is a tough thing to beat. When the Galaxy Note was "simple" — at least insofar as what the phone stood for and why it drove shoppers to buy it — picking one up was also a simple choice. With the Note10, Samsung has muddied the Note's identity. All three models seem like solid phones, but with so many options they each come across as that much less special — and that much more difficult to inspire excitement.