• We’ve refreshed the app with a new icon, a modern toolbar, and list actions.
• Long press a page and then drag it across the list to position it where you want.
• Bug fixes and performance improvements.

While the new icon actually arrived with a previous update, the option to more easily reorder pages and notebooks is brand new. To do that, you simply long-press a list element before dragging and dropping it in the desired spot. With this addition, the long-press menu has also been reworked, with the options for delete, copy, and add to home screen moving up to the toolbar. It's not an improvement, in my book, as the icons that replace the plain text of old are far less intuitive. 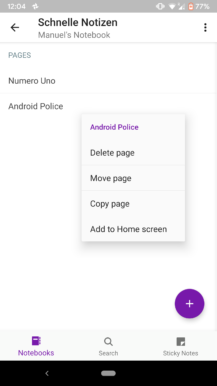 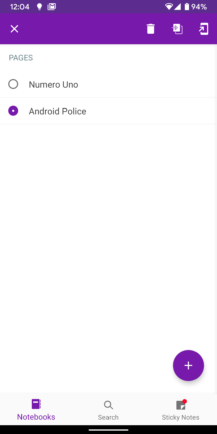 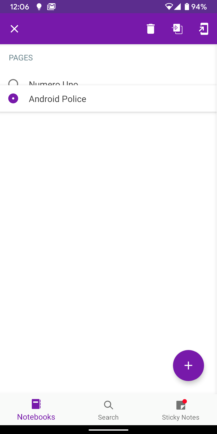 I have also noticed that the keyboard input has become more stable. In previous versions, using Gboard's backspace gesture to delete multiple words could lead to disaster, as unselected parts of the text would also disappear. This seems to be fixed now, thankfully, with only the desired text being deleted.

Overall, it's a decent update to one of the most capable, free-to-use note-taking apps on Android. You can update via the Play Store link below or download the latest version from APK Mirror.