You may not have heard of it, but The Black Widow is an upcoming true crime murder mystery game that will land on Android on August 1st for $1.99. It's a title that will clearly offer a disturbing atmosphere, and what's really interesting about this upcoming release is that players will get to investigate the real-life case of Australia's first female serial killer Louisa Collins by interviewing her through the use of an onscreen spirit board.

If you watch the trailer above, you'll get a glimpse of The Black Widow's gameplay. As you can see, a digital representation of Louisa Collins actually talks to the player. It will be your job to solve the murder case by asking Louisa for real answers. The case, of course, has to do with the murder of multiple husbands who experienced the same symptoms before their death, but the game is designed to have the player question their own prejudices while inquiring about the details surrounding the case, insinuating that sexism may have played a factor in Louisa's conviction. I suppose if you'd like to find out whether or not this assumption is reality-based, you'll have to play the game.

While I can't say that I'm a huge fan of murder mystery games, The Black Widow sounds like it will offer an interesting take on the genre. Taking advantage of a real-life case as the basis for the game's story should add a level of creepiness that's going to be hard to beat. While I'm unsure of the developer's motives with the way the title is designed to have players question their own prejudices while also possibly rewriting history, there's no doubt that this design and story will offer something a little different than the majority of titles that land on the Play Store, and for that I'm thankful.

The Black Widow is about to “materialize” on PCs, smartphones, and tablets everywhere!

Hope you’re in the mood for a creepy interactive true crime murder mystery – unraveled by communicating with the dead, no less. Faithfully reenacted from original court records and letters, The Black Widow allows players to investigate the true case of Australia’s first female serial killer, Louisa Collins, who was the last woman to hang in the state of New South Wales.

Listen to Louisa as she speaks from the grave and generate your own lines of inquiry using an onscreen spirit board – a format that challenges players to reflect on their own prejudices and reconsider the verdict of a contentious legal case. Was the accused a callous adulteress, drunkard, and liar – or a victim of sexist expectations and misogyny?

Communicate with a convicted killer.
Ask questions using topics via an onscreen spirit board.
Delve into a complex and dramatic true crime murder mystery.
Immerse yourself in a faithful, dramatic recreation of a Victorian Era court case.
Enjoy vivid graphics and an unnerving, atmospheric interface.
The Black Widow – Screenshot
PRICING & AVAILABILITY
The Black Widow will be available on Steam, iOS and Android next Thursday, August 1.

The Black Widow – Banner
ABOUT THE DEVELOPER
Founded in Sydney, Australia by Richard Fox, Flux forges new directions in interactive storytelling by creating games with serious artistic merit. Described by ABC News as the “way of the future,” Flux has produced a number of commissioned and location-based projects such as Razorhurst, Black Friday, Secret Scandals, and Plague Sydney. Flux employs transreality gaming to explore surprising new forms of immersive interactive simulation; the team collaborates with professionals from the arts, tourism, film, heritage, and GLAM (galleries, libraries, archives, and museums) sectors to broaden audiences and examine social attitudes, identity, and mature themes. To learn more about Flux and The Black Widow, please visit www.fluxstory.com and www.theblackwidow.co.

We knew that The Black Widow would come to Android at the beginning of August, and now it's clear the developer has stayed true to its word. You can pick up The Black Widow off the Play Store for $1.99 ($3 cheaper than the Steam version), and this is a premium release, which means there are no advertisements or in-app purchases included. As I detailed above, The Black Widow is an intriguing murder-mystery game that's themed around the story of Australia's first female serial killer. It will be up to the player to interview a digital representation of the murderer in order to dig for clues and solve the case. So if you enjoy narrative-based games like Her Story, you'll want to check out The Black Widow. 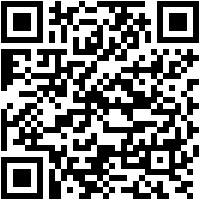 Google Play Movies & TV is showing captions by default for some

[Update: Winners] Win one of 10 Origem HS-3 wireless earbuds (US)