Honestly, the story doesn't matter that much. Gundam Battle is a game that's all about building and fighting Gunpla models. The loose outline of having to save a High School Gunpla club from shutting down isn't really that remarkable. The highlight is the fact that this is a brand-new story that's original to the game, so at least you won't have to retread familiar scenarios. Heck, there are even a few unique characters in the mix that have never before appeared in a licensed Gundam property. All in all, it's a suitable story that explains the primary goal of building and fighting Gunpla models, though I wouldn't call it interesting.

While I wouldn't call the graphics exceptional, they can be demanding, and because of this Bandai Namco has actually taken the time to offer two separate graphical modes. The first is called Light Mode, and it appears that the game runs at a lower resolution if it's selected. Then there's the default Standard Mode, which will be more demanding than the Light Mode. In my experience, the Standard Mode runs fine on a GS8+, OP6T, and Tab S5E. Those with entry-level devices will want to explore the Light Mode option if their performance isn't up to snuff.

The controls can be frustrating at times. Mainly you'll maneuver around the screen by swiping. Two swipes will bring you next to an enemy, and two taps will perform a powerful attack. There are also a few buttons on the screen that allow you to pull off these moves, though I find swipes are a little easier to manage. Sadly not every swipe will register correctly, especially once you unlock the bots that fight by your side.

These bots can interrupt your attack flow as they defeat the enemies you are moving towards, and once you couple this issue with the imprecise timing of your inputs, it's clear that more work needs to be done on this front, especially when you consider that you can't even navigate the menus smoothly. What I'm not sure about is whether or not this is a server timing issue or just a poor implementation of touch controls. I suppose we'll find out in the coming weeks as the servers settle, though you'd think Bandai could have taken the time to polish the controls for the English release.

Check out all those buttons

Typically I'd offer a personally-recorded gameplay video in this section, but sadly the game does not want to work with my recording apps, so a trailer will have to do. If you give it a watch, you'll see that Gundam Battle is a third-person-view mecha action game where you'll face off against an assortment of opponents in a bid to save a high school Gunpla club.

Missions are broken up by chapter, and story segments take place in between these mission chapters, much like Dragalia Lost or Fire Emblem Heroes. Story missions will be all that's available at first, but eventually, you'll unlock free missions, daily missions, and an arena. A listing for Events is also present, but it appears that it's coming to the game at a later date.

Sadly the game's menu system isn't as clean as the titles Gundam Battle is clearly copying, so you'll spend a lot of your time trying to remember the exhausting amount of tips thrown at you during the forced tutorial that explains the convoluted mess that is the menu system.

The gameplay starts with you having to build a few Gunpla to form a team, and then you get to micromanage nine separate parts for each model that can all be swapped out for better equipment as well as upgraded, which comes out to a total of 36 pieces for a four-model team. You should expect to spend a lot of time in the menu, even if you choose to use the auto-equip option for all four of your models. As you progress, you'll unlock new parts, though you can purchase a few in the in-game store as well as the game's many loot boxes. There's also a painting mechanic for those of you that would like to customize their Gunpla to the max, which is just as tedious as managing your equipment, though I have to admit there's a ton of options for all you Gunpla fans out there.

You can customize the color of each individual part

The title's monetization isn't the best, as this is a free-to-play release, though it could be worse. In-app purchases range up to $79.99 per item. Multiple currencies, a stamina system, and loot boxes are also present. The in-game store mainly offers a premium currency for cash, as well as a few upgrade parts that can be bought with the secondary currency you earn while playing. You can also unlock parts, pilots, and frames by purchasing loot boxes, which is where the pay-to-win aspect comes into play.

So many ways to spend your money

I can't say that Gundam Battle offers many features, though you can transfer your save if you register through a Facebook or Google account. I find that this is a poor workaround to a cloud saving system that retains your save no matter what device you play on. As it stands, if you'd like to jump from one device to the next, you'll have to transfer your save each and every time, and it's difficult to move back to a device that was already registered, which just proves how horrible this system is. I was literally locked out of playing on my GS8+ after I transferred my save to my Tab S5E. Deleting and reinstalling the game to force an account wipe was the only way to transfer the save back to the previously registered device.

There's also a full download option for those that don't want to be forced to install each chapter piecemeal, but that's about all you can expect from the game's settings.

Here's the menu screen and a few of the available options

The release of Gundam Battle: Gunpla Warfare may be the first time a Gundam game has found its way to mobile in the West, but I can't shake the feeling that all we are really getting is a reskin on top of a familiar gacha setup. At its core, this is a collection game that resembles every other mobile title with collection-based mechanics. The convoluted structure of the game's many menus leaves a lot to be desired, and navigation can be a pain thanks to the game's input delay.

It's clear that Gundam Battle is yet another branded release designed to suck up cash, and while there are games with worse monetization, it's still difficult to have fun with a title where the only thing that matters is that you grinded long enough to earn the equipment necessary to advance. Sure, it can still be fun to deck out your Gunpla, and for that, I personally give the game a pass. Ultimately it all comes down to whether or not you'd enjoy mindlessly grinding to customize your digital models. 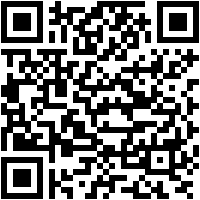 Weekend poll: Do you use Android Auto?