You know what would be a great planning tool for scavenger hunts, hiking trips, or touring plans? Custom mapping apps. It's a shame Google My Maps isn't a good one. It started life many years ago as an app to view the maps you've already made on a desktop. Then, in an update that landed 2 years after the previous one, we were able to finally drop points. Points! At this moment, another 3 years have passed, and Google My Maps is getting a coup — you can draw lines now!

v2.2.1.3, though, is far from a godsend. The line-drawing process is horrid. You plot lines using a center-based point, tapping on the "+" button to anchor the segment and start a new one. Sometimes, the view drifts after you've taken your finger off of the screen. No intelligent wrapping to streets, no sense of context between the points you've already dropped onto your map, none of that stuff, but it's fun to use, we swear. Well, at least you can edit the lines after the fact.

The update also brings permission requests on-demand and there are also various bug fixes and performance improvements. Download for yourself from the Play Store or at APK Mirror if you'd like to experience some map-sochism this weekend. 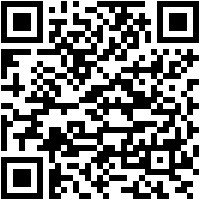 25 temporarily free and 38 on-sale apps and games, including Majesty and Majesty: Northern Kingdom