Google Assistant has always been able to read SMS texts sent to you over the native Messages app or Hangouts. But billions of users around the world rely on other messaging services for their daily communication, and those apps, as far as we know, were off-limits for Assistant's reading ability (some let you send but not read). That's no longer the case now.

Previously, if you told Google Assistant "read my messages," it only read SMS texts and skipped over plenty of incoming communication from other apps such as WhatsApp, Telegram, Slack, Discord, GroupMe, and so on. According to our tipster, this has changed in the past couple of days, and Assistant will not only read text from these apps aloud but it also lets you answer them.

To try this, start by saying "read my messages" to Assistant. If you hadn't already, you'll have to grant the Google app notification access for this to work. 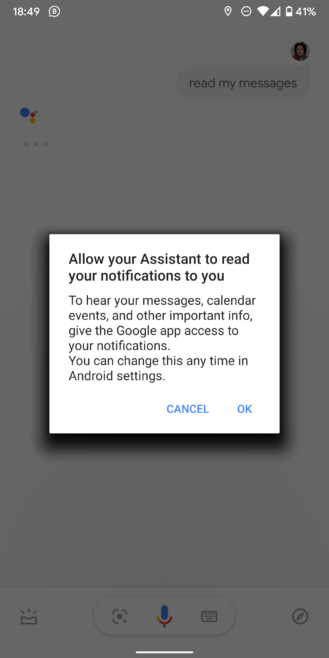 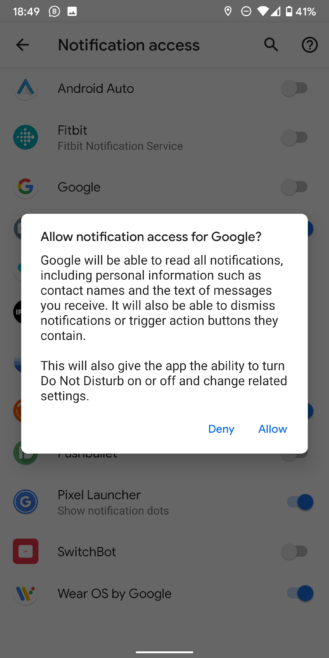 A card pops up with the last text message(s) and reads it aloud, including the app it's coming from and name of sender. You're then given the option to type or dictate a reply. When done, the answer is immediately sent and the original message is marked as read (the notification goes away). 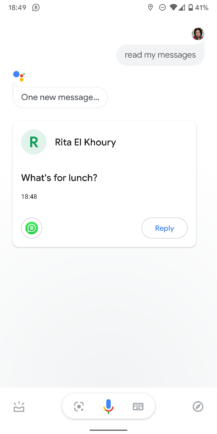 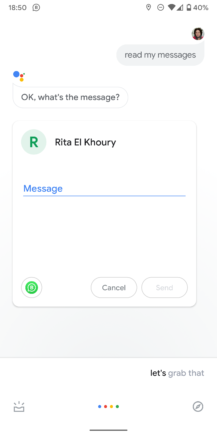 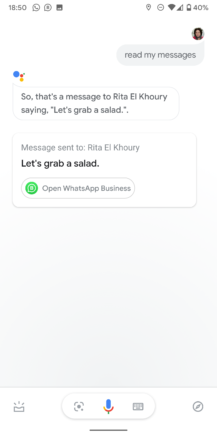 You can do this with several recent messages, with Assistant showing a carousel of received chats and going through them one by one. 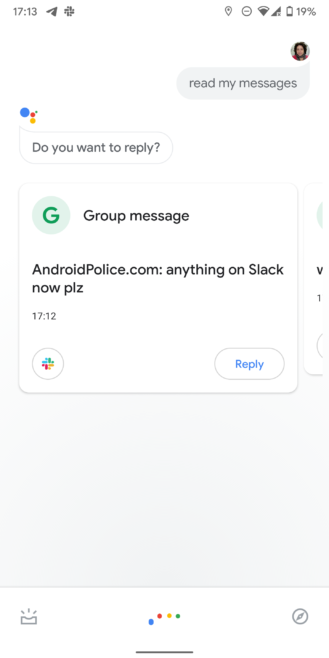 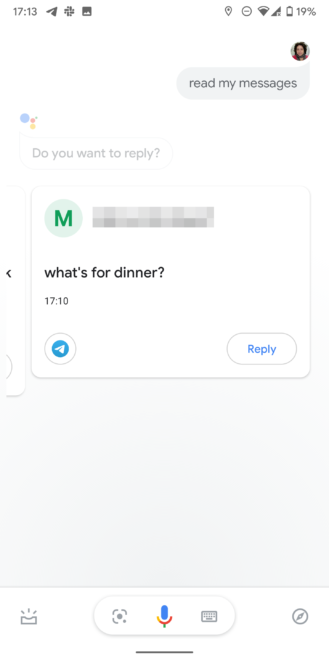 One last thing to note is that messages containing pictures, videos, and audio notes aren't accessible. Assistant will say, "the message just contains an audio attachment," for example, and won't play it back.

To our knowledge, this is all new, though as with all things Google, it's possible some of you had this feature before as a limited test. Currently, many of us here at Android Police are able to replicate this behavior, so it doesn't appear to be a server-side switch. From my testing, it works quite well in WhatsApp, Telegram, and Slack (though you get the workspace name, not the person's), and it can even handle multiple languages in a limited capacity.

I wonder if this is in any way related to the Assistant's ambient display preparations. It would make sense for the digital helper to be able to read all messages from the ambient screen, not just a limited subset. I also hope that the next step would let Assistant play back audio messages and reply the same way, as that's a very frequently used medium for communication in my neck of the woods.

Anker's wireless charging stand drops to $13 on Amazon ($7 off)