Today Post-it is revealing something you might have already assumed it had: an Android app. The new Post-it app will allow you to digitally import content written on real-world Post-its, supplement them with more created on-device, organize them into groups, and share them with others in multiple formats. None of this is really new since the company's iOS app has been around for half a decade, but now the more populated platform has reached Post-it parity.

I got to play around with the app a bit early and found it easy to use, with an interface that appeared almost indistinguishable from the iOS app. Content is organized by "board," and can be imported via the camera, which recognizes real-life Post-its (or their knockoffs) and duplicates their contents digitally.  Text recognition is lacking, so you can't search for items or words on specific boards, you'll have to navigate to it on your own.

Boards are organized by groups which can be named, and their contents shuffled around either on a grid or free-form. Items can be added, merged, or removed as you see fit, and you can share the final results with others as well. Formats for sharing/exporting include a Post-it proprietary "board" format for direct sharing, PDF, Full "board" image, PowerPoint, Excel, and zipped image folder. If you were hoping sharing could work something like Google Docs with real-time collaborative environments, you're out of luck.

We all love a good conspiracy yarn chart, and perhaps the most invaluable component is the humble Post-it note, whose long-term tackiness allows for easy reorganization when your theories start to fall apart. While it's pretty lame it's taken this long for Android to get Post-it's attention, now users of our preferred platform can finally digitize and share their priceless rants, ravings, or ideas.

More information about the app is available here, and you can download it now over on the Play Store. 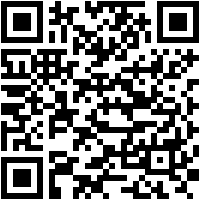