Earlier this year, Apple announced Apple Arcade, a monthly subscription service that gives you access to a library of mobile games (including some exclusive titles) on iOS devices. Apple Arcade isn't live yet, but Google is already testing its own competing service, named Play Pass.

XDA Developers found evidence last year that Google was working on the Play Pass service, but now the company is starting to test it. We received the below screenshots from a reader, which show the signup page for Play Pass and the $4.99 monthly cost. Of course, the price could change before the final rollout. 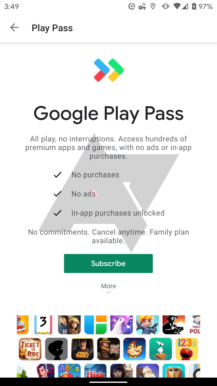 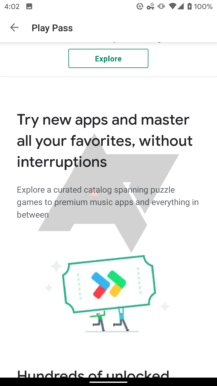 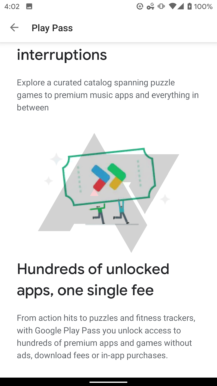 An info page reads, "Explore a curated catalog spanning puzzle games to premium music apps and everything in between. From action hits to puzzles and fitness trackers, with Google Play Pass you unlock access to hundreds of premium apps and games without ads, download fees or in-app purchases." Another screen shows Stardew Valley and Marvel Pinball as some of the included games. 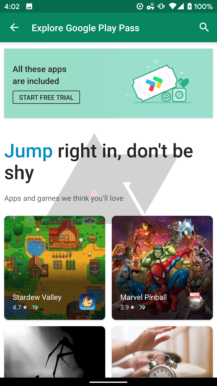 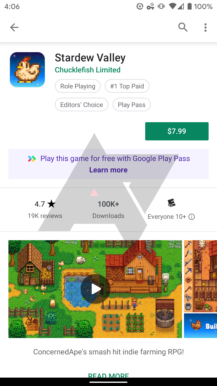 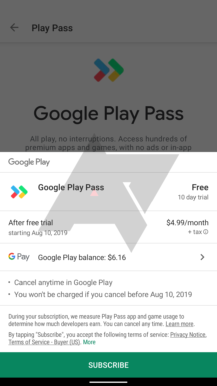 After we received the screenshots, we reached out to Google, and a company spokesperson confirmed Play Pass is currently being tested. It remains to be seen if an app/game subscription service could be viable on Android, especially since iPhone owners spend far more money on apps than Android users, but Google is giving it a serious shot.