Google's Phone dialer received an update to v37 in its beta channel yesterday, and although many of us didn't notice any major changes in the app, some lucky recipients of a server-side test are seeing a new interface in the recent call tab, including a new way to group calls and the ability to swipe to delete entries from the log.

If you have the new interface, you'll likely be welcomed by two blue tooltips in the app's Recents tab. One explains that call history is now grouped by contact and the other says you can still explore your call log by time from the overflow menu.

Now, I know what you're thinking. The app already grouped some calls by contact, but that seemed to only happen when they were consecutive, i.e. there was no other entry from another person in the middle. The change here is it appears to group all the history by contact, regardless of which order the calls came in. 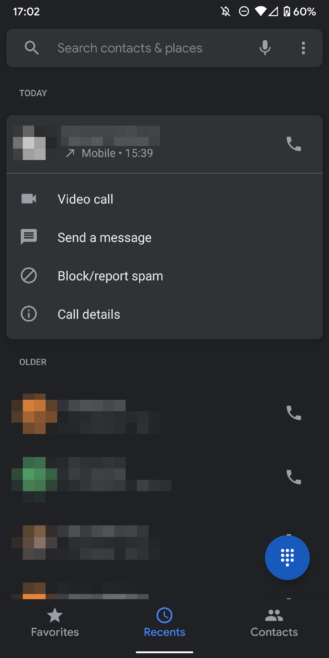 The third icon doesn't change. It's always History and, when selected, it lets you see all the calls you've made to that contact. This is where you can swipe to delete any entry from your log. Unfortunately, the gesture doesn't work in the main Recents tab, so you won't be able to remove all communication with a person in one fell swoop from there.

A few other changes we've noticed in this new interface include a new indicator for missed calls, which shows up for a second or two then animates down to a dot. There are also quick-access options to add a contact or report it as spam when you receive a call from an unknown number. These show up without you even needing to tap or tap-and-hold on the entry. 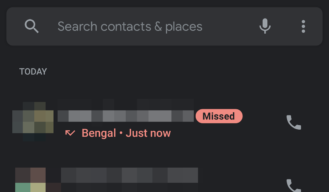 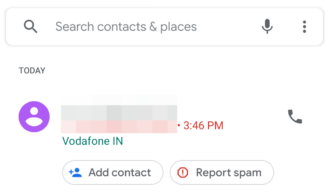 As I mentioned at the start, these changes require v37 beta of the Phone app, which you can download from the Play Store or grab from APK Mirror, but they're also hidden behind a server-side change. Our two tipsters are based in India and several of us outside of the country don't have it, so it's possible the interface is geo-restricted, but it could also be a coincidence. If you want to tempt your luck, grab the update, clear the app's cache, force stop it, check, and let us know.

The new Android Auto officially starts rolling out today, and it's mostly an improvement