Google never stops tweaking the user experience throughout Android. One of the goals that has cropped up over time has been making certain interactions between apps and the OS feel seamless, usually by eliminating context switches between apps. One area where that many people recognize as a huge improvement was a new flow for in-app purchases that put the interface directly into the app where the purchase was made. Now it looks like the Google Play Store might be extending similar treatment to the ratings and reviews interface.

When an app developer wants to make it easier for users to leave a rating and review, they'll make an API call that switches the focus fully to the Play Store, which then loads the listing for the app. It's not a bad flow, but it's not the friendliest experience for users.

What users may be able to expect in the future is a smoother process that simply brings up a dialog similar to the in-app purchase view. From here, they can leave their feedback and immediately return to the app, all without visually leaving the place they were at. 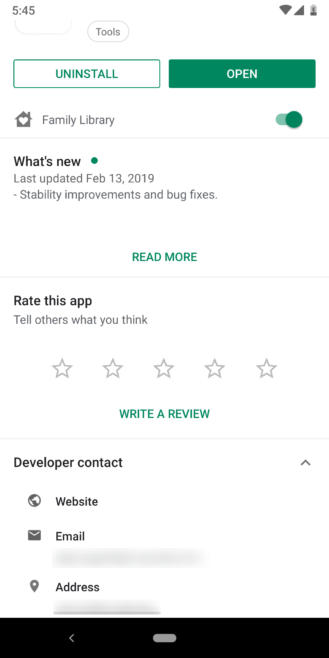 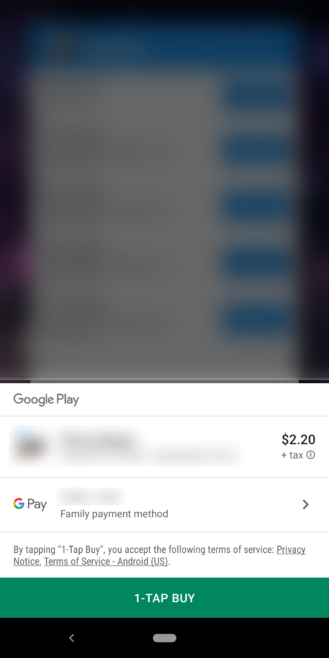 Examples: review section on the Play Store and the in-app purchase sheet.

At the moment, there's not much substantial material to look at. In the last two updates of the Play Store, new manifest entries were added for objects named InAppReviewActivity and InAppReviewService. There are also three new layouts with related names. Both the code and layouts are little more than placeholders right now with basically no contents.

What's important is that the existing code and resources bear similarities to those used for in-app purchases, both in the styles and some of the setup code surrounding them. Of course, some of those details may be coincidences, but seeing as this would add more consistency to the interface Google provides, it's a reasonable conclusion.

While Google has demonstrated that it can prevent app developers from using tricks to manipulate the Play Store interface while users are making in-app purchases — and by extension it's safe to assume they can block apps from submitting fake reviews— this type of workflow may still introduce some potential avenues for abuse.

For examples, some readers may recall that a similar review flow was available to iOS users a few years ago. Many shady app developers began impersonating the review interface and waited for users to pick a rating. If users gave a score of 4-star or higher, the app would load the real interface and let them continue. If the results were less flattering to the app, developers allowed users to finish their review in the fake interface to prevent the bad score from becoming permanent.

As a small added detail, it looks like the Play Store might begin inviting users to do multiple reviews once somebody does the first. A few new lines were added with relation to reviews, but the main line is a title that reads, "review more." It looks like it will appear on a box after a review is given and encourages users to continue on to other apps they've used from the Play Store.

Basically, between the two topics above, we're all about to be asked to review more apps than we possibly care to.