IFTTT is one of my favorite services around, and what's great about it is that once you've set up everything, you even forget it exists. For instance, I'm a big Wunderlist fan, and I don't want to switch to another provider to manage my to-do lists. Thanks to IFTTT, I've connected it to my Google Assistant so that my smart speaker can add my grocery items directly into my list. In fact, IFTTT is so transparent that you rarely need to use the app, unless you're setting up a new applet or checking your activity log. Nevertheless, the company isn't neglecting its users and is working on completely revamping its Android app with an interface that looks much smoother, but that's also a lot less functional.

We've received information from an anonymous tipster about the app's upcoming design, which is currently being tested out in a private beta. The software is still in development and doesn't even have a proper launcher icon for the time being. In terms of the user interface, it's now much whiter, which means IFTTT is either working on a dark theme or simply hasn't heard it's the trend nowadays.

The homepage is now a list of the various services you use, and tapping one brings up the associated applets. An icon next to every service makes it easy to spot which ones you've connected it to, so you can quickly identify you've lined Buffer to Pocket, for example. There's also a Get more button at the bottom that lets you browse the applet gallery or create your own. The new full-screen design makes finding and creating applets easy and smooth, as elements are shown in a large font to make them easier to read.

Unfortunately, using the app to monitor your activity is not as convenient as it was. Indeed, the dedicated middle tab is gone, and there's no central log listing events and errors anymore. Instead, you'd have to navigate to a particular service or applet to review its recent activity, which makes it much harder to spot if something went wrong with one of your applets.

As this is still work in progress, there's room for improvement before the final product is released. Thankfully, the app is easier to use for the most part and definitely looks better than the previous version. Let's hope developers will bring the Activity tab back, or at least make the same information easily accessible, so users can continue to monitor what's going on with their account. I'm curious to see if there will be a dark theme, as the interface looks like it's designed with that in mind. We'll keep you posted about changes we may learn about and once the new interface is widely available.

Curious to try out this new look for IFTTT for yourself? While the app's still in beta, you can become a member of the beta testing community by following this link to register.

IFTTT's version 4 update has been pushed to stable over on the Play Store, with the update rolling out now. In addition to the changes documented above, the new version of the app also gets a snazzy new icon. 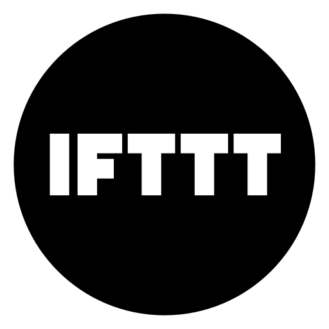 IFTTT didn't elect to publish the most useful or verbose changelog, but we've embedded it below for you anyway:

WHAT'S NEW
IFTTT is designed for a world where every thing works better together.

+ Connect more than 630 apps and devices to each other
+ The more services you connect, the more experiences you unlock
+ Applets are organized by the services you have connected, alphabetically
+ Exploration, search, and stories are combined into a single, scrollable feed
+ Tap Get More to get started!

Interested parties can also pull down this latest update over at APK Mirror.