OnePlus recently ported a feature called "DC dimming" to its older OnePlus 6 and 6T phones, and we thought a bit of explaining might be in order when it comes to the subject. What is DC dimming? The short answer is that it replaces quick flashes on your display with constant illumination — which is how an OLED screen typically functions — and we can show you what that looks like in a slow motion 960fps video capture.

PWM (Pulse-Width Modulation) and DC dimming on the OnePlus 7 Pro at 1% brightness, 960fps.

Obviously, there's a measurable difference between the two modes, right? If we had something like an oscilloscope, a better high frame rate camera, and way better video editing chops (I made this with OpenShot and GIMP using an S10+, I'm sorry), the differences could be exhibited to their utmost. Even so, the video illustrates the basic principle, and we can now further explain what is going on.

Up until recently, many AMOLED displays used a technology called "PWM" (which stands for pulse-width modulation) to control screen brightness, especially at lower settings. If you break down the term itself, PWM is actually very self-explanatory. The display will basically alternate between being on and off at different rates to reach a lower average brightness. Ideally, the rate it alternates on and off is so fast that you can't see it, but that isn't always the case. Some displays have had PWM that reaches as low as 60 Hz, which many people can see. (Ever notice continuous flickering from fluorescent tube lightbulbs? This is similar.)

PWM isn't just a problem with AMOLED displays, larger format IPS displays like many computer monitors also make use of it to varying degrees — though most IPS-equipped phones are either PWM-free or have frequencies so high (thousands of Hz) that they shouldn't be noticeable. When it comes to higher-end IPS computer monitors, manufacturers are mostly switching away from the practice, and it sometimes only kicks on below certain brightness settings on displays which do have it.

Usually, PWM can hit a fast enough rate that it isn't a problem for most people, but for those that it does affect, it can cause problems ranging from eye strain to headaches. Notebookcheck has a tremendously useful list with over a thousand tested displays and their (presumably minimum) PWM frequencies, if you're curious to check your phone or laptop. If your display uses DC dimming, though, none of this is an issue.

DC dimming uses a continuous current, which means the display mostly stays on all the time. (It might still exhibit some alternating as a result of the display's refresh rate, which I think is what's happening with the slow-moving line in our video, but I can't be sure.) That constant illumination gets rid of any issues which the rapid flickering might cause, it often allows displays to get far dimmer than PWM-based cousins, and it also photographs much better — bloggers take note. DC dimming does come with some costs, though. 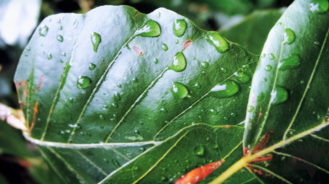 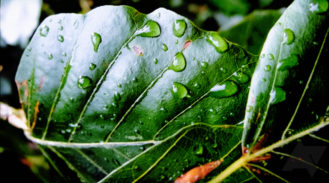 For one, DC dimmed screens can lose some of their color accuracy at lower brightnesses. It's tough enough for OEMs to calibrate and map colors accurately with PWM, but DC dimming can result in further issues. On the OnePlus 7 Pro, the most immediately noticeable difference is crushed blacks and a wonky gamma at low brightness settings (pictured above).

My display is perfectly even and flawless in PWM, but shows a few irregular spots in DC dimming, which can show up in dark theme backgrounds.

DC dimming also can exaggerate any issues your display may have when it comes to uniformity, highlighting differences at low brightness values across the display, as shown above on a OnePlus 7 Pro. PWM is better able to mask those defects.

For most people, DC dimming isn't going to serve any immediate advantage. If you especially value having the dimmest possible screen at night, or if PWM-style lighting gives your eyes agita, then it's a useful thing to have, but for nine out of ten folks, it won't be changing their lives. Either way, now you have a better idea of what DC dimming means, how it works, and what its advantages and disadvantages are compared to PWM.